Allotments are a vital, living part of our gardening heritage – and when they are threatened, it’s time to draw a line.

I’m an emotional kind of gardener. Whether I’m working in my own garden, nosing around someone else’s, or getting a train’s-eye view of our combined efforts, my emotions always run high. I can be bursting with unfettered joy at the beauty of it all, filled with horror on finding a posse of caterpillars stripping down a cabbage, or struck with amazement watching a hoverfly egg-laying among fecund aphids. Anger is rarer. Little makes me angry in my own garden, but I do get irate over other people’s plots – sometimes about what they’re doing in them, but mostly when they risk losing them.

“I do get irate over other people’s plots – mostly when they risk losing them.”

I recently received a ‘tweet’ (on the online ‘social media’ network Twitter) asking for help in spreading the word about a campaign to prevent the development of Farm Terrace Allotments in Watford. I don’t know these allotments; Watford is somewhere I’ve passed through, but the Twitter name of the group trying to defend them – @SaveFarmTerrace – says it all. The group’s website tells a familiar tale of allotments being sacrificed on the altar of human ‘progress’. There are plans for a new health campus and housing, with replacement allotments being promised at a potential new location a two-mile walk away. The 65 allotments occupy an unusual, terraced site which was once a sewage farm, and have been part of the town’s green fabric for over a century. Some plotholders have been growing there for 40 years. 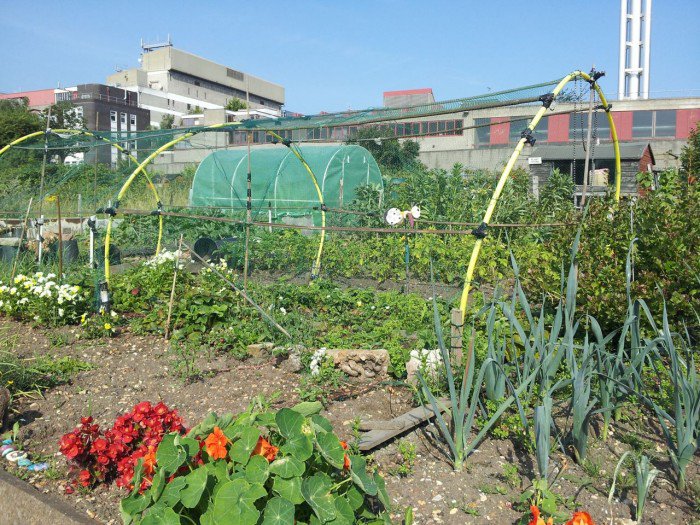 Farm Terrace’s much-loved allotments, which have been part of Watford’s living green fabric since 1896, risk being swept aside to make way for short-term worship of the bigger and better.

Tough exchanges have coloured the local papers and radio, and political mud-swapping continues. But the Farm Terrace plotholders are holding their own, doing their homework, and meeting local powers-that-be head-on. Their latest step is to tap into new localism legislation to get their site nominated – and hopefully protected – as a ‘community asset’. It’s a complex picture. As well as promises of new plots and money toward upgrading other allotment sites, the plans, should the site be redeveloped, also include a ‘community garden’.

But as I dug down into the threat to this piece of Watford’s living history, which has roots going back to 1896, a line from the Watford Health Campus website got my blood boiling: ‘Badly in need of regeneration the site currently consists of … a run down [sic] and commercially unattractive industrial estate and decommissioned power station site, allotments, a disused railway line and sidings and the river Colne.’ Allotments, which mean so much to so many, in so many different ways, and which can unite a collective and feisty human spirit like nothing else, are lumped in among ‘run-down’, ‘unattractive’ and ‘disused’.

“I couldn’t find any clinic for those suffering as a result of disconnection from their cherished patch of earth.”

An unsung irony of Farm Terrace’s story is that it’s a health authority that wants part of the land. The services offered by Watford’s hospitals include a cardiology department and treatment for diabetes and mental health issues. Through exercise, access to fresh, local food, and contact with dirt, nature and other people, allotments offer treatment for some forms of these conditions, too – and all for a modest annual rent. I couldn’t find any clinic for those suffering as a result of disconnection from their cherished patch of earth. Because that’s how it is with allotments – we hold them dear, we dote on them, we love them. It’s no wonder we’ll fight tooth and nail to safeguard both them and the ‘health services’ they humbly bring.

I adored the two allotments which I used to tend. In both cases, my home gardening space was limited, so my plots satisfied a hankering to be under blue skies, feeling the breeze, amid the myriad songs of nature. Seasons just aren’t the same on tarmac or concrete, surrounded by brick. Burning in the sun, feeling the sting of hail or the brush of snow, filling yourself with white, frozen air, and getting a drenching are all more joyous with soil beneath your feet.

“Seasons just aren’t the same on tarmac or concrete, surrounded by brick.” 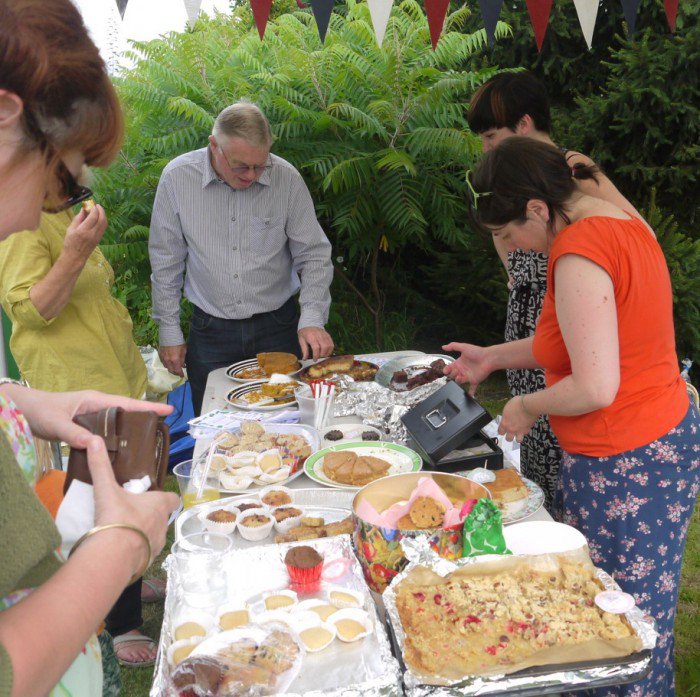 Allotments act like a gardening ‘glue’, joining together folk from every walk of life in a shared appreciation of place, and of what’s beneath their feet.

My allotments fed me cheaply and abundantly, kept me fit, taught me to be more innovative and self-reliant, encouraged me to try different ways of growing, led to new friendships and deep discussions, and even changed a few minds. To this day they still inspire my work as a writer. They gave me a powerful attachment to the land and to the soil that not even a garden can fully give – because somewhere, deep down, there’s always the knowledge that they might be taken away. They were, at times, my only sanctuary.

Working my plots often uncovered the past: ancient glass shards, clay tobacco pipes, long-smoothed coins, stubborn leather boots, horseshoes – all reminders that the history of a place goes deeper than double-digging ever will. Even unearthed bits of plastic and ring-pulls (from the time when they still came off the cans) were reminders that allotments don’t stand still, despite their constant presence down the generations. And then there were the living relics: the knowing old fruit trees, the thickets of escapee raspberries reliving their wild ways, and the darting robins – descended, perhaps, from those which sat atop spade handles when the pipes were still warm.

We garden on the shoulders of those who have dug, forked and raked before us. It’s our turn now, to make our mark, to live a little more gently on the earth, to nurture and shape our own ephemeral dreams. I often daydreamed about those who’d turned over their spits before me, but I was always alive to my own duty to leave the soil better than when I found it. Allotments show us that we can only borrow our patches of earth; we must eventually pass them on to the future. They’re about gardening for the long-term, about benefits that can’t be priced. If we lose allotments, amid the often hollow clamour for ‘progress’, we not only break our links with the past, we cut off a lifeline to future gardeners yet to get dirt under their fingernails.

“Allotments show us that we can only borrow our patches of earth; we must eventually pass them on to the future.”

I don’t need to visit Farm Terrace to feel angry. I’m already there in spirit. I’ve felt the satisfaction, happiness and contentment that allotments bring, and I know what it feels like when they risk being taken away – when precious earth gets lumped in with the run-down, disused and unattractive. But anger, carefully pruned and shaped, can be a powerful ally. Farm Terrace’s gardeners are using it to build a creative, impassioned defence against a world which values bigger and better over the humble and priceless, over people, soil and place.

Their fight is my fight. If you believe that a connection to nature and to the seasons matters, that rootedness in past, present and future matters, that gardening itself matters, it’s your fight too. And you don’t need an allotment to get angry.