It’s Time For Gardeners to Break Their Silence on Climate Breakdown. What we Do in Our Gardens and Allotments Does Affect the World Around us

‘Keep quiet and grow on’ simply isn’t tenable any longer. What we do in our gardens does make a difference to the chaos of climate change – for better or for worse.

By John Walker. Originally published on the Hartley Botanic website as ‘Silence of the gardeners’, 28th September 2015

It needs a snappier name for sure, but Gardening and Climate Change Day might be just what we need to snap us out of the comatose state we’re in. We could try setting it ablaze on social media using the hashtag #ClimateChangeGardeningDay; in any event it’s time to turn up the heat. I have penned the odd ditty about what we can do, in our gardens and on our allotments, to ease the growing threat of climate chaos, for longer than I dare remember. There was a time when I believed that gardeners – us folk who are up close and personal with nature on a regular if not daily basis – would rise to the challenge of doing what we could to help slow our human-driven lurch to a more topsy-turvy world. Please elbow me when the uprising finally begins.

“Gardening and Climate Change Day might be just what we need to snap us out of the comatose state we’re in.” 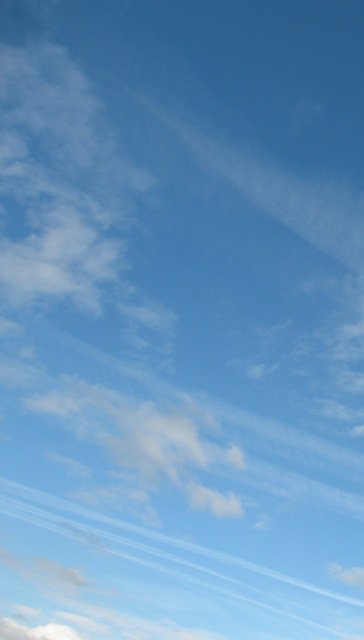 As gardeners, we develop an instinctive ‘feel’ for what’s going on outdoors. A ‘bad summer’ means more than bemoaning the lack of days when it’s warm enough to sit outdoors swigging on lager or sipping Prosecco while chomping on charred food. For us, detail matters; lack of sun, cold, wet soil, sudden heatwaves, muddled-up non-seasons and mini monsoons are the stuff of our nightmares, and yet all are promised in a warmer, reshaped future. The hitch with the future is that it’s here today: 2015 has experienced record-breaking warmth in every month so far, putting it on track to be the hottest year globally since records began (2014 currently holds that dubious honour). This August was the warmest globally since 1880, and according to the National Oceanic and Atmospheric Administration (NOAA) in the US, the only way is up: ‘Long-term climate change is like climbing a flight of stairs: over time you get higher and higher.’

Here in North Wales it was cold in May, hot in June, then OK to dismal during July and August. In mid-July the garden flirted with disaster one night when it fell to 3C. I picked my first paltry runner beans and sweet peas not so many weeks ago; the pumpkins are goners, and I’ve scratched around to find barely enough ‘Golden Sweet’ mangetout pods for one decent meal a week. It was mid-August before the greenhouse tomatoes deigned to begin ripening. In an average ‘normal’ year – like the last one – these are all capable of being ‘bumper’ crops (or maybe bumper-ish in the case of the pumpkins). This year, there might be half a dozen carrots somewhere. The cosmos grew with leafy exuberance, but took weeks to pop open the first flower bud. All proof, if it were needed, that a warming world doesn’t necessarily lead to milk-and-honey growing seasons. Anyone with dirt under their fingernails knows that things are a-changing.

A topsy-turvy growing season meant my greenhouse tomatoes only began to ripen in mid-August.

And yet gardening – by which I mean gardeners and the multi-billion-pound industry that serves them – seems content to carry on as if climatic turmoil has nothing at all to do with it. Yes, an odd climate-related article appears here or there, or a nervous celebrity might allude to altering weather patterns, but that’s about it. Most of the climate coverage in gardening magazines plays safe by focusing on how we’ll cope with inevitable future change, with the odd squeak from sceptical gardeners who clearly don’t spend enough time outdoors – but it is silent on how gardening might play its part in putting the brakes on it. Ditto our green-fingered broadcasters, who (apart from a few honourable exceptions) sign up to collective group amnesia on the subject. When will ‘Gardeners’ World’ or ‘Gardeners’ Question Time’ run slots on cultivating to calm climate chaos?

“Most of the climate coverage in gardening magazines … is silent on how it might play its part in putting the brakes on it.”

To maintain the status quo, to keep big business such as peat miners and pesticide makers happy, to keep gardeners relentlessly buying stuff, it’s vital that gardening garners only the flimsiest of environmental credentials. To do otherwise would court curiosity and risk sparking inquisitive concern in gardeners, who would then see that their treasured activity can send positive ripples out way beyond their garden gate.

Suggest reducing energy use, using renewable sunshine to warm a greenhouse, choosing modern peat-free composts (because mining peat unlocks fossil carbon stores which add to climate turmoil), not using oil- and energy-intensive pesticides and weedkillers, cutting back on garden visits and holidays (locally and overseas), asking for improved public transport links to gardens, scrutinising the ethical credentials of gardening businesses, or simply buying less of the avalanche of often pointless tat that’s foisted on gardeners, and mud’s your name. ‘Don’t think, just buy!’ is the mantra that’s relentlessly hammered home. I did say that gardening is worth billions.

Using free and renewable sunshine warms your greenhouse without adding to climate chaos.

“To maintain the status quo it’s vital that gardening garners only the flimsiest of environmental credentials.”

But we all have to start doing what we can: gardeners, organisations, businesses and the gardening media. Just sitting on our dibbers and musing about what we might/might not be able to grow as our weather jerks and stutters won’t cut it any more – and it won’t cut the carbon emissions that are reshaping our biosphere. At a time when any suggestion that goes against ‘growing the economy’ is disparaged, and when our gardening industry is increasingly rapacious, this will be a toughie. The frankest climate scientists warn us that our chances of limiting more dangerous change are shrinking fast. And let’s not forget that this is about far more than bum summers and a pathetic crop of runners; environmental change brought on by a shifting climate is part of a mix of factors disrupting entire ecosystems and forcing people in more vulnerable parts of the world to seek safer, better lives elsewhere.

“This is about far more than bum summers and a pathetic crop of runners.”

So will my Gardening and Climate Change Day rouse those dibbers to give us a prod where we need it? My idea for this national day of action is simple: on a summer’s day, one with a clear blue sky, go into your greenhouse first thing, shut the door and all the vents, and do nothing else except settle in a comfy deckchair, with a glass of chilled water to hand. Don’t do any other watering, even if something needs it. Just sit, watch and feel the climate in your own greenhouse change. Feel the temperature rise as more heat energy becomes trapped, and watch your beloved plants dry out and wilt (you’re allowed to rescue vulnerable seedlings). Stick it out until you’re forced to migrate to a cooler place (open the vents again first). As you gulp down a cold drink, reflect on how all of us live in a global greenhouse where the ‘vents’ are gradually closing.

“Just sit, watch and feel the climate in your greenhouse change.”

The beauty of #ClimateChangeGardeningDay is that everyone can join in. While you’re heating up at home, the staff at your local nursery can gather in a big greenhouse and cook along too (they can invite folk from the local garden centre to join them). Even gardening celebrities, pondering whether to say yes to the next cruise, could give it a whirl.

It could be a long overdue garden-changer, the prod with the dibber we all need. We are, after all, all in this greenhouse together.