As climate scientists find a ‘human fingerprint’ in extreme rainfall events, and warn that the past is no longer a guide to the future,  how will organic gardeners fare in an unpredictable climate?

Like everyone else, I watched in disbelief as the disaster of last June and July’s devastating floods in England unfolded. But my own disbelief reached beyond the appalling damage to the fabric of people’s lives, the sickening tales of ‘price hikes’ for scarce food, and the shameful vandalism of water bowsers.

On top of everything else, I felt a deep sadness seeing garden after garden submerged in filthy water. But it took a helicopter-bound BBC TV news reporter to take my disbelief to dizzying heights. Hovering over one of the towns badly hit by July’s floods, he glanced down over what were clearly fields of drowning allotments. I don’t remember the exact words, but, half shrugging, he said something like, “Well, they probably don’t matter much anyway.” It didn’t hit me for a while, but my disbelief soon turned to anger. 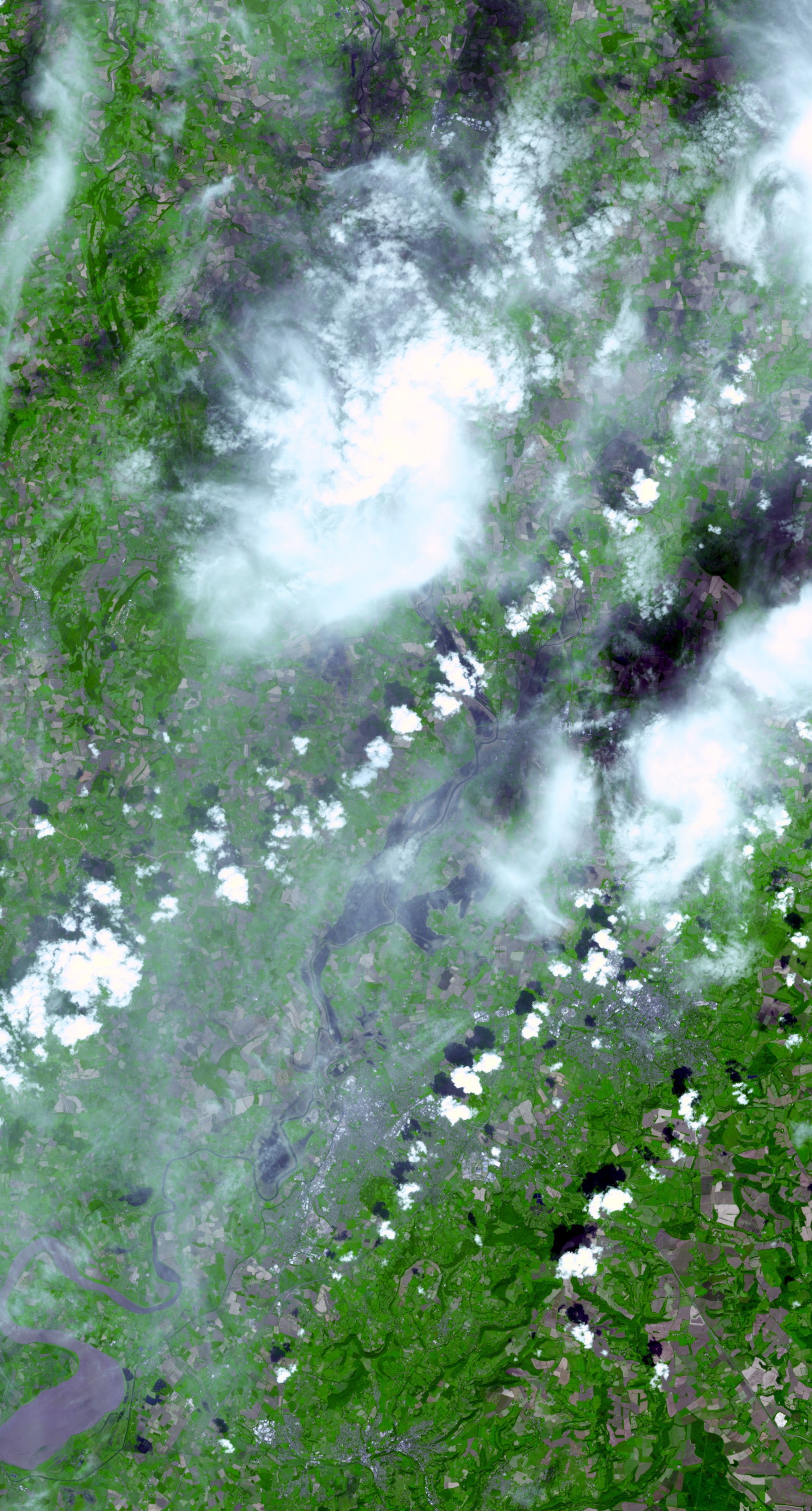 Wet, wet, wet: a satellite image of Gloucestershire taken on 1st August 2007, following what Met Office scientists described as an ‘extreme weather event’, linked to changes in global climate, on 20th July. The dark areas are receding floodwaters to the north of Gloucester; the wide, grey, snaking estuary of the River Severn is in the lower left-hand corner of the image. Picture: NASA

According to the Met Office, more rain fell across England in May, June and July than in any other comparable period since records began in 1766. Over 60cm (2ft) of rain fell on my garden here in North Wales during the same period. Kitchen garden crops suffered in particular. The only sure-fire way to get anything worth harvesting, with sunshine at a premium, was to grow it under cover. The image of a friend’s sweet corn plants pushing at the roof of her small greenhouse, while her outdoor equivalents went yellow and nowhere, will be an abiding memory of the 2007 deluge, together with tales of armies of advancing molluscs.

What caused me to shake a fist at the news reporter was his shrugging dismissal of one of the most down-to-earth ways of tackling climate change. Around 30 per cent of the greenhouse gases driving global warming, and for which we are personally responsible, come from the food we buy. You don’t need to be a rocket scientist to work out that if you grow your own food, or at least some of it, in your garden or on your allotment – supra-local organic food – then that 30 per cent can, potentially, be wiped out in one pass of the rake. It’s positive, it’s personal, and it’s an important individual step on the path from being part of the problem to becoming part of the solution. It’s a path at increasing risk of being, in every sense, washed away.

Only days after the July floods, the respected scientific journal Nature published, coincidentally, a joint study carried out by the Hadley Centre of the UK Met Office and other climate research bodies, clearly showing a ‘human fingerprint’ in extreme rainfall events like those experienced this summer. In a nutshell, greenhouse gas emissions from human activity are causing global shifts in rainfall patterns which are responsible for the extreme wet weather in the UK (as well as elsewhere). This led Dr Peter Stott, a Met Office climate change researcher, to say, “The past is no longer a guide to the future. We no longer have a stationary climate.”

Translated into gardening parlance, this means there will be no more ‘good’ or ‘bad’ years, no ‘average’ years, no reassurance that an indifferent growing year will probably be followed by a decent one, and that things will likely even themselves out. It means that from now on, every growing season will probably, in part at least, be unpredictable, fickle, topsy-turvy, unknown, volatile – and unnerving. Remember April?

“Around 30 per cent of the greenhouse gases driving global warming, and for which we are personally responsible, come from the food we buy”

Why this change is coming about, how humanity is beginning to influence global rainfall patterns, is to do with hot air. As ‘greenhouse gases’, such as carbon dioxide (CO2) accrue in the atmosphere, more of the sun’s heat is trapped in by them. Warm air holds more energy and more moisture. When it rains, it rains harder than normal; the fancy term is ‘vigorous hydrological cycle’. According to Dr Stott, “The events we’ve observed could serve as a warning of the sort of events we’ll see in the future.”

We can also expect hotter, drier summers and heatwaves, although anticipating them will be the great unknown. But we could still experience helicopter-eye views following sudden, intense and unforeseen downpours. It’s only a shred of comfort, but this summer’s extreme weather might at least muzzle those nitwit celebrity gardeners obsessed with talking about growing olives in their ‘hot new world’, rather than honestly discussing what we as gardeners need to do to help prevent runaway climate change. 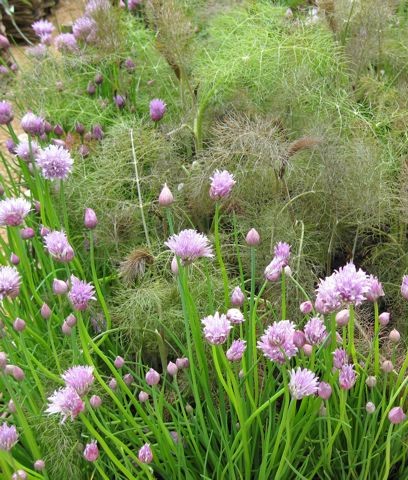 As climate change bites, our ability to grow reliable crops to help temper a warming world is narrowing.

And just when you think it can’t get any worse, Nature publishes a study into the effects of rising CO2 levels on plant growth. It found that as atmospheric CO2 levels increase, the stomata, the microscopic ‘breathing pores’ found on leaf undersides, open less. This in turn reduces transpiration (the amount of water vapour that plants ‘breathe’ out), meaning they take up less moisture through their roots, so more water stays in the soil. With moister soil, when we do experience extreme rainfall, more of it runs off the land, leading, potentially, to even more flooding. It seems we can’t grow our way out of trouble, even if we try.

Organic gardening has risen to many challenges and has proven its mettle; it shows how to garden safely, healthily and harmoniously with the earth, through the careful, responsible and sustainable use of finite natural resources. And yet the scope of what we can do to help temper climate change is narrowing; the very problem we know we can ‘do our bit’ to address – climate change itself – is now upping the ante. If we can no longer be confident that our efforts will yield a useful and sustaining harvest, we haven’t a cat in hell’s chance of helping to reduce the 30 per cent of greenhouse gases unleashed by industrially grown food.

And let’s not forget that if gardeners are struggling, fruit and veg farmers are feeling the pinch too. The one exception appears to be soft fruit growers who raise everything in polytunnels, where crops are spared the ravages of monsoon-like downpours. But somehow, quite apart from any qualms over the gobbling of oil used to make it, I just don’t fancy the idea of covering my entire garden in plastic.

“There will be no more ‘good’ or ‘bad’ years, no ‘average’ years, no reassurance that an indifferent growing year will probably be followed by a decent one”

Even if I did, there’s no guarantee that crops like blackcurrants would experience the cold spells required to trigger a decent set of fruit. This spring my muddled-up bush of ‘Ben Alder’, which I initially thought was dying, took weeks to give life a go and leaf itself up. Plant breeders work in cycles of years, sometimes decades, and I defy them to start coming up with plant varieties that can shrug off a flood one week followed by a heatwave the next; be unmoved by winters without frost, and unaffected by Aprils that feel more like August (well, perhaps not last August).

My anger at the reporter flying over those flooded allotments has drained away. If the climate science is right, the past is no longer a guide to the future, and reliable harvests are a thing of the past, then perhaps, unwittingly, he was right. Perhaps what we do in our gardens and allotments to try to soothe the earth’s growing fever won’t matter that much after all.