Going With My Guts

It’s time to stop using our heads when wrangling over the pros and cons of growing food organically, and trust more in the visceral.

The next thousand words or so are going to be something of a gamble, but if, like me, you’re well and truly cheesed off with the tedious game of ping-pong that’s recently broken out over the merits (or otherwise) of organic food, it will hopefully be worth it.

This game is one of words, and the ‘ball’ in play has ‘nutrition’ and ‘health benefits’ emblazoned upon it. The key players are the Food Standards Agency (FSA), an independent Government department set up ‘… to protect the public’s health and consumer interests in relation to food’, and the Soil Association, ‘… the UK’s leading organic organisation [who] promote planet-friendly food and farming’. Other players have been joining in too, including the ‘meeja’, with its usual in-depth and incisive news analysis intended for anyone with a 30-second (or shorter) attention span. 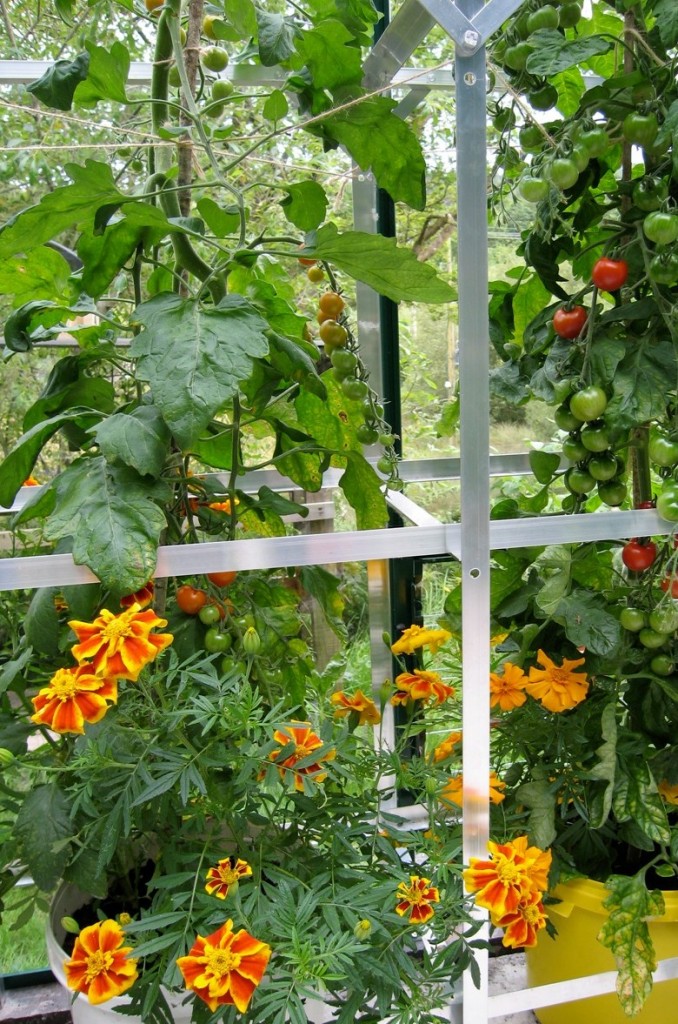 The haze of hoverflies on these French marigolds (you can’t see them) contribute to the joyous feeling I get in knowing that by gardening organically, I’m collaborating with, not coercing nature.

In a predictably depressing manner, the ‘debate’ has focused largely on the rumpus that’s broken out following publication of the FSA’s review of organic food, which found that ‘… there is little, if any, nutritional difference between organic and conventionally produced food and there is no evidence of additional health benefits from eating organic food.’ The FSA review, carried out by the London School of Hygiene and Tropical Medicine, examined ‘… all papers published over the past 50 years that related to the nutrient content and health differences between organic and conventional food.’

The anti-organic brigade has had a field day. Our pro-chemical punditocracy, including those in the gardening media, have been busy exercising their long and wearied lists of reasons to ditch earth-friendly organic gardening, as they urge us all to switch to ‘conventional’ gardening. What’s the point of it, they gleefully argue, if the Government tells us there’s no benefit in eating organic food? – better to dump organic and garden ‘properly’. Some have been harebrained enough to suggest we shove nature aside while we get to grips with gardening (especially food growing, they say), bring on the chemical corps instead, then return to the hard drudge of gardening organically later on, if we really must, once everything has been knocked nicely into shape.

My response is, sadly, unprintable on these hallowed pages, but I can tell you that it was preceded by my howling with rage among my runner beans, and followed by never-ending sigh of frustrated despair.

“I don’t think I actually care much whether organic food is better for me nutritionally; the humble act of simply growing it gives me more ‘benefits’ than any test tube-gazing scientist can pin down”

But what this reinvigorated debate has done is to get me pondering more than ever before about exactly why I grow, buy and eat organic food. The papers included in the FSA review were almost certainly the result of scientific analysis, resulting from experiments and research conducted by the white-coated inhabitants of laboratories, the haunts of scientific rigor. All will have focused on very specific, narrow criteria – in this case differences in nutrient levels and the perceived health benefits of eating organic versus non-organic food. And in doing so, they will, naturally, have left an awful lot out.

But that’s what I’m interested in – what the boffins in white coats can’t find, pin down, label, measure or even identify, that something, that feeling, that palpable aura about home-grown organic food that evades scientific investigation or analysis. For me it’s the ungraspable dimension of gardening organically that keeps me strong in my belief that it’s simply the right thing to do in a world that’s seriously overstepping many environmental lines. I don’t think I actually care much whether organic food is better for me nutritionally; the humble act of simply growing it gives me more ‘benefits’ than any test tube-gazing scientist can pin down, and they’re not all related to what passes down my oesophagus. For me, it’s about not just what goes into my guts, but what my guts are telling me. I did warn you this was going to be a gamble. 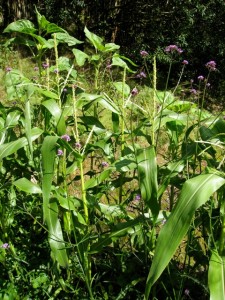 One experiment in my ‘gardenlab’ this year has been to grow sweetcorn, Verbena bonariensis, and sunflowers together to test out vertical companion planting. Lettuces have thrived in the shade.

So here I am, bereft of white coat, devoid of test tubes, offering you nothing in the way of peer-reviewed science published in some august, internationally-respected journal. But the one thing I do have, of sorts, is a laboratory – it’s called my garden. I don’t carry out strictly scientific experiments there, but a lot of experimentation, teaching and research goes on, although audio-visual gizmos and microscopes are absent, and nature is head honcho. Whether I’m squishing cabbage caterpillars, watching two weasels scrap as they weave in and out of my slate walls, or gathering a bowl of fresh veg within sight of my kitchen, I’m acutely aware that my ‘gardenlab’ is much more than that: it’s a green-hued crucible of ideas, thoughts, and possibly above all else, feelings.

Please don’t run away at this point. Feelings are important to us earth-friendly organic gardeners, and surely none experience such deep and meaningful ones as those of us who decide to make that most fundamental of all gestures, that of feeding ourselves. One of my favourite feelings is the one I get when I ‘plug into’ the earth. Imagining my hand as equivalent to a plug going into a socket, and with shutters down, I see myself as the tiniest of specks, wondrously connected to gardens, and indeed to the whole of nature, via a powerful global web of interconnected roots. That’ll get the chemical pundits spluttering into their knapsack sprayers.

Unplugged, and back to tending my own treasured patch, growing my own food brings myriad other feelings: joy at the sheer abundance of life that my garden encourages, whether it’s lizards basking on the slates I’ve left among the long grass, or a haze of hoverflies queuing for a slot on the marigolds amongst my tomatoes; awe at how tiger worms turn every scrap of rottable material into rich, soil-energizing compost; amazement at how the reddish, nutrient-poor soil that once anchored tall stands of bracken is slowly darkening as worms and compost work their alchemy; reassurance in the knowledge that most of what I eat contains no unnatural chemical cocktails, and that if the shops run dry, I’ll have something to eat; and humility at how my garden gets me thinking, how it increasingly challenges and informs the way I see the world, and paints me an unfolding picture of how we’ll all need to be growing – and living – in the not too distant future.

These are just a few of my favourite feelings. Together, they make me feel good, good about myself, and good about my place on an imperfect and increasingly ecologically stretched planet. If that’s not a ‘health benefit’, I don’t know what is. 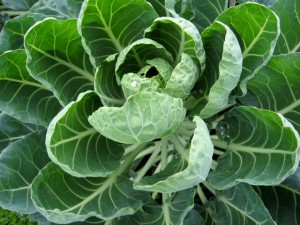 Boffins might tell me that my home-grown Brussels are no better for me than their factory- farmed, non-organic equivalents, but they’re conveniently overlooking the intangible ‘benefits’ of growing organically.

The act of growing food organically nourishes me as much as the food itself, and that’s something which no FSA review or scientific report into the ‘benefits’ of organic food – nor the one-dimensional arguments that follow – can hope to grasp. And that, surely, is a good thing. Just like when I plug into my soil, there’s something hugely liberating in knowing that there are some unfathomable things which can outmanoeuvre the yapping hounds of sometimes dubiously motivated science.

It might be just a feeling deep down in my guts, but it’s a hugely empowering one.