How Many Beans in a Butt?

What can you do to stop life-giving supplies of water in distant lands from drying up? Grow your own food, of course.

Now, here’s a question: how many full water butts does it take to produce one pack of those pencil-thin green beans from the supermarket – the kind you can buy 24/7, 365 days of the year? I’m referring to what have become known colloquially as ‘Kenyan beans’. They are actually slimline varieties of French bean, such as ‘Ferrari’, ‘Mercana’ and ‘Safari’, which crop here in summer. 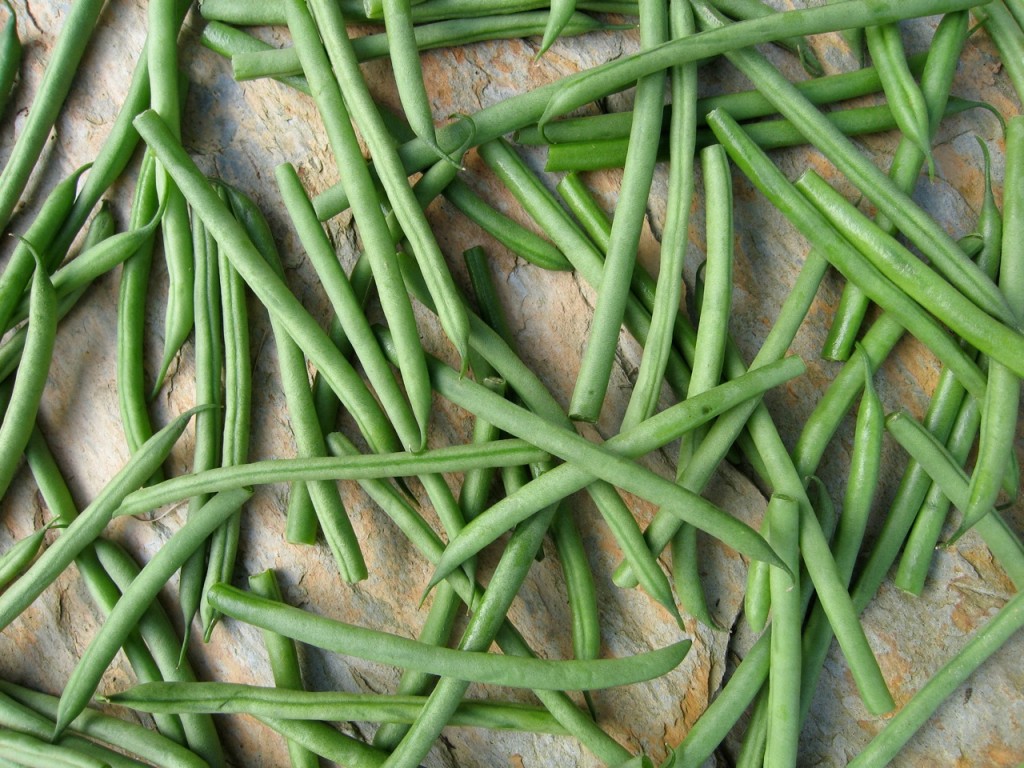 When we import these ‘Kenyan beans’ from water-stressed East Africa, we are also, in effect, importing Kenya’s limited supplies of fresh, drinkable water, while exporting, in return, drought.

High-yielding and delicious, they’ve earned their nickname ‘Kenyan beans’ because Kenya, in East Africa, is the main production powerhouse that ensures their year-round availability. The ones on these pages came from there, and were grown, so the packet purports, by a happy-looking farm worker called Elizabeth. Her farm, it says, has been exporting beans from the ‘rural highland areas of Kenya’ for over 15 years. That’s got to be an awful lot of beans and one hell of a lot of ‘food miles’. It’s also a staggering amount of something else.

To work out how many water butts it takes to produce a pack of these high-flying pods, I’ve had a helping hand from the boffins who, with mind-boggling precision, crunch the numbers on these things. Apparently it takes four litres – or seven pints – of potable water to produce a single bean pod; potable is the fancy name for water that’s clean enough to drink. 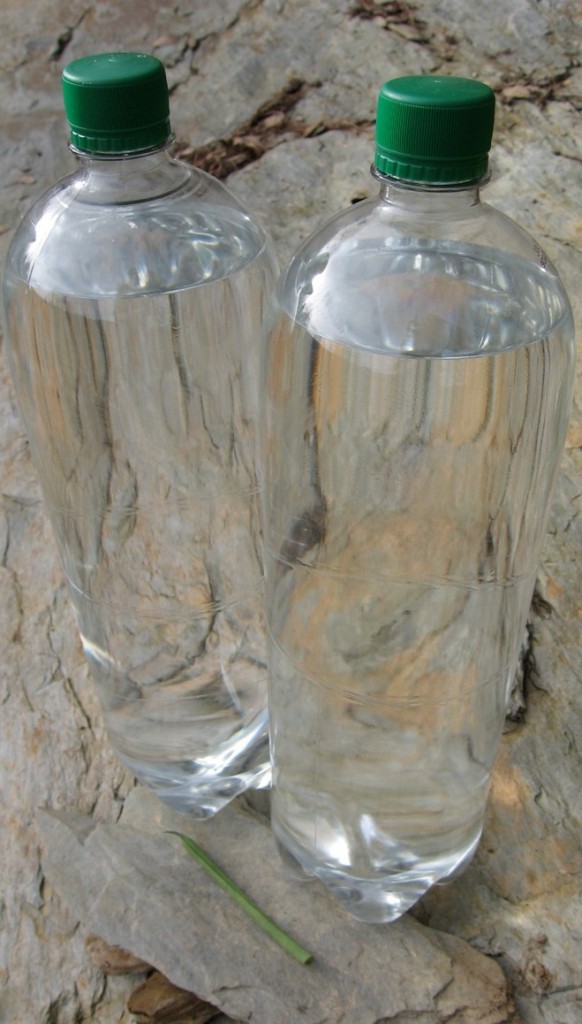 Beyond belief? Does it really take two 2-litre ‘pop’ bottles of water to produce a single ‘Kenyan bean’?

Four litres to produce a single pod? I was as stunned as you are, but let’s suspend our disbelief and warm up the abacus. My pack of beans was bought in late February – well and truly outside the season for UK-grown French beans – and contained just over 100 pods, so let’s use that for the sums. To produce this one pack of beans alone took 400 litres of drinking water, or the equivalent of two average-sized, 200-litre water butts.

I’ve seriously upgraded my own rainwater ‘harvesting’ system, beginning last summer when I invested in a 1,500-litre recycled plastic tank (supplied by those tank suppliers extraordinaire, Smiths of the Forest of Dean). At 1.8m tall and just under 1.2m across, it’s a big beast. My ‘big tank’ is all set to store whatever rain my cottage roof catches, and to provide me, hopefully, with more than enough free, earth-friendly, low carbon-footprint water during the growing season – including enough to keep my French beans going.

Another click of the abacus shows that my big tank is equivalent to seven and a half butts holding 200 litres each – or three and three-quarter packs of 100 beans. In other words, that’s 1.5 kilolitres (1,500 litres) or 1.5 cubic metres of drinking water to produce 375 beans. Let’s look at it another way: one pack of beans would be enough for a modest helping (alongside other veg) for four people, so that’s four meals, with a few less beans for everyone at the fourth sitting.

Unless I’ve fudged the maths (which I haven’t), and following what the boffins say, I’ll need to use the entire contents of my big tank to end up with just 375 pods. Can you imagine ever needing to use that much water in your own garden to get enough slimline beans for just three and three-quarter meals? Don’t suspend your disbelief any longer – bring it on.

“If I watered my French beans with the amount the boffins tell me it takes to produce even a single pack of ‘Kenyan beans’, I’d be better off growing rice”

As a beanpark figure, I reckon that from six to 12 dwarf French bean plants growing outdoors, during an average summer, and at the peak of their productivity, it should be possible to pick at least a couple of hundred tender young pods every week, perhaps more. In well-prepared soil, and with a good balance of sunshine and decent, soil-drenching rain, there shouldn’t be any need to do any additional watering, save an initial settling-in soak if you’re planting out from pots. If I watered my French beans with the amount the boffins tell me it takes to produce even a single pack of ‘Kenyan beans’, I’d be better off growing rice. 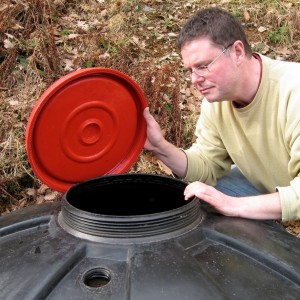 I was gobsmacked to discover that my new 1500-litre recycled tank only holds enough water to produce enough ‘Kenyan beans’ for four meals.

The truth – and it’s time to come clean – is that the word the boffins use, and the one I’ve used up to now, is ‘produce’, not ‘grow’; you can rest easy and reinstate French beans on your seed list. It doesn’t, of course, take the entire contents of my big tank to grow 375 green beans, but it does take four litres of drinkable water to produce just a single imported ‘Kenyan bean’. I’ve used a bit of smoke and mirrors here too, because the four litres of water the boffins are talking about is, well, virtual water. But water, surely, is water? That was my reaction when I learnt that a single ‘Kenyan bean’ needs two two-litre ‘pop’ bottles of H2O to come about – but it’s a tad more complicated.

‘Virtual water’ is the total amount of water that’s ‘embedded’ in our food (or any manufactured product). In the case of my ‘Kenyan beans’, it could be the water used in spraying, washing, processing, packaging and transporting them – on top of the actual growing of them. When you add all of these different amounts of water together, they form a ‘water footprint’, which is a bit like the ‘carbon footprint’ that gives us an idea of the carbon intensity of a product or activity. ‘Kenyan beans’ have the dubious honour of having not only a massive water footprint but, largely down to the distance they travel, a hefty carbon footprint too. One figure suggests that, through consuming ‘Kenyan beans’ alone, we import 189 million cubic metres of virtual water each year – the equivalent of filling up my big tank 126,000,000 times.

Water footprinting is a fast-evolving science. Other eyebrow-raisers include out-of-season tomatoes; a single tom from drought-prone southern Spain has a water footprint of a whopping 8.2 litres – over twice what it takes to get a single ‘Kenyan bean’ on to our supermarket shelves. It’s little wonder, then, that although each of us in the UK consumes, on average, around 150 litres of actual water a day, when we add in the virtual water we also consume, the total is 3,400 litres – over two of my big tanks. 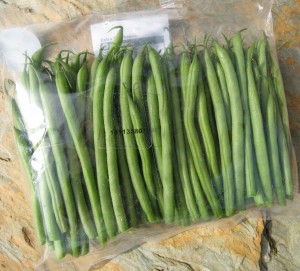 To produce a pack of beans like this, which costs £1.38, and which we import year-round from Kenya, requires enough water to fill a 200-litre water butt twice over.

But if virtual water is not real water, what’s the problem? Well, a third of the world’s population experiences a scarcity of clean water; less than one per cent of the fresh water on the planet is available for human consumption. When we import vegetables and fruits, with their stonking great water footprints, from water-stressed countries like Kenya and Spain, we are, in effect, exporting drought. As we continue sucking these countries dry, all for the luxury of eating beans, tomatoes and strawberries in the middle of winter, their ecosystems are collapsing.

A lot has been said about how ‘growing our own’ can help beat the ‘credit crunch’ by saving money. It might shave a few quid off the weekly food bill, but food is so ridiculously cheap in this country that most hard-pressed folk will surely find other, easier ways to tighten their belts. But there’s another ‘crunch’ on the horizon, with potentially devastating consequences for the ecology of our planet, which will persist long after our grazed financial landscapes have healed.

The looming ‘water crunch’ is surely a compelling reason to start growing your own organic food. It’s a real, hands-on, ecosystem-positive activity, producing, on a rainy day, real footprints marked out in real water. I can hear my big tank filling up…