Just a Bit of Veg?

Our gardens can tick most of the boxes needed to achieve the much-vaunted ‘low carbon’ life. I explain how my own patch is at the heart of my plan for lighter living. 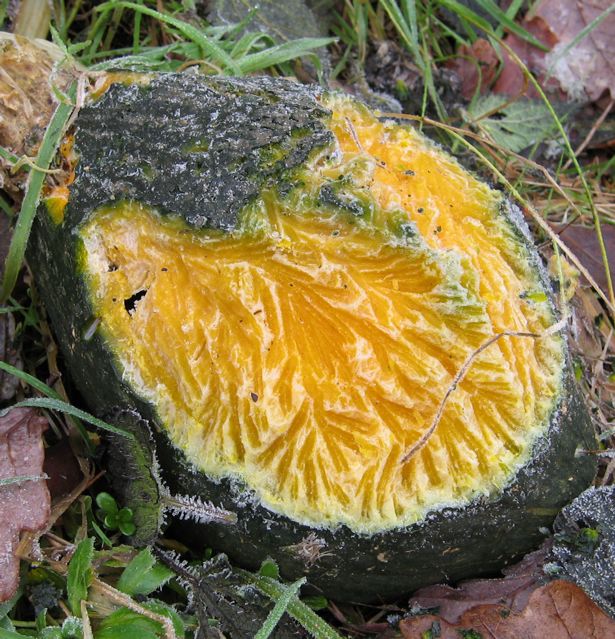 Food growing can be challenging, especially with peckish rodents around…

Friends can be funny beasts. Earlier this summer I was waxing lyrical to a friend about how my personal plan for ‘lighter living’ was going. I was delighted to be having a conversation peppered with mention of, among other things, ecological footprints. So it came as quite a blow to be told, at the end of my proud explanation of how I was aiming to eventually become self-sufficient in organically grown fruit and vegetables, that, “Gardening is just a hobby. You’ll be lucky if you get a bit of veg out of it.” Having suffered the ravages of squirrels with a new-found lust for unripe strawberries, and the thirty days and thirty nights of the deluge known as June 2007, luck – bad luck, specifically – does seem to be showing its hand.

Just a bit of veg? As my efforts to counter this summary dismissal of my attempt to live more lightly, to stay within the planet’s limits, were swatted away, my optimism leached out. Perhaps I didn’t make my case strongly enough, but should I really need to ‘make the case’ for the value of growing your own organic fruit and vegetables, and the numerous benefits this brings to mind, body, planet and, increasingly, pocket? The answer would appear to be yes.

Yet the root cause of this dip in our conversation was the status of gardening itself. While many folk perceive it to be a hobby, something you might do to amuse yourself, I have raised its status to the top ecological notch and placed it at the heart of my own attempt to live more lightly. It’s worth adding that my derisive friend is one who believes that techno-fixes will ‘save us’, come what may in terms of environmental meltdown.

We can turn off every lightbulb and standby button, switch to the greenest electricity supplier available, give up our cars, walk, cycle, bus and train it everywhere, and cocoon our homes in as much insulation as we can, but we still have to do one thing from cradle to grave: eat. What we choose to eat and where it comes from has a profound effect on the world around us, especially when there are 6,500,000,000 mouths to feed, and increasing by 80 million each year. As a vegetarian-cum-vegan I feel I’ve made a good start on the path to living lightly, for I’ve mostly decoupled myself from the livestock industry, which pumps 18 per cent of the man-made gases responsible for global warming and climate change into our atmosphere – more than the entire global transport sector. But the lighter path, the one I can quite literally step out on to, starts at my front door. 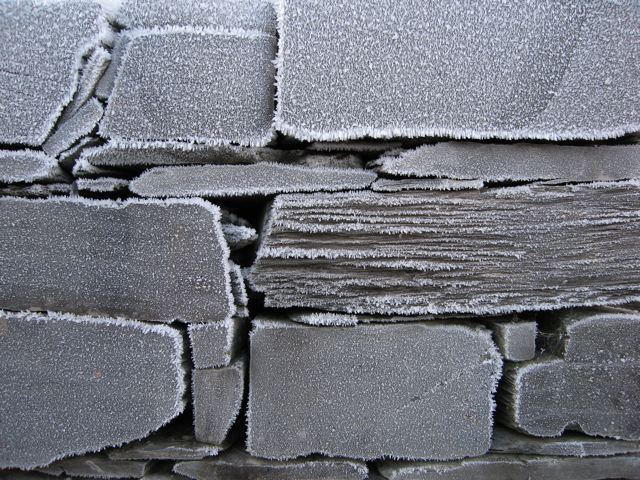 My retaining walls of local, reclaimed Welsh slate are a haven for lizards, slow worms and other species which share my garden.

It’s here that I have been busy terracing a previously bracken-infested bank, building retaining walls using donated and reclaimed local slate, transported using only muscle and a wheelbarrow. It’s where I have been experimenting with different ways of composting bracken, where I have been sowing green manures to grow my own soil fertility, and where I imagine my delightful slate walls decked out, one day, with neatly trained fruits. It’s where anything remotely compostable is thrown to the mercy of tiger worms, where basking lizards and slow worms scuttle away into the walls, and where at dusk, on damp spring evenings, I carefully pick my way through frogs and toads. It’s also where I plan to grow most of my own organic vegetables, fruits and herbs: food that’s free of residues from biocides, food that’s fresh and nutritious, truly local food that’s travelled a few feet on foot – food without a footprint.

But it’s hard work; it needs thought, good planning, and some money. I’m not going to be able to stop the squirrels taking the food I have invested time, effort and money in unless I enclose those crops in a wire mesh fruit cage (the squirrels chewed through plastic netting). Setting up the garden will also need some skill, knowledge, experience and, if my doubting friend is anything to go by, courage – the courage to stick to my plan and to keep reminding myself what a difference ‘just a bit of veg’ can make.

“Food prices are quietly soaring across the world”

Like most organic gardeners I would rather be a model than a critic. I would rather invite friends round to see how to fan-train an apricot on a sunny wall than berate them for calling at the supermarket on the way here (they may get both; we all have lapses). Perhaps even the doubters will succumb to the first fruits I’ll pick from that apricot.

If all this sounds a bit fluffy and idealistic, then let me give you another reason I’m glad I’ve put a food garden at the heart of my plan for living lightly. Food prices are quietly soaring across the world. Why? Because the human population is growing – there are more mouths to feed – and because we are now feeding the vehicle population as well. In a briefing to the US Senate in June, the Earth Policy Institute said, ‘The stage is now set for direct competition for grain between the 800 million people who own automobiles, and the world’s two billion poorest people.’ Put simply, grain crops are now being grown to produce the ‘carbon-neutral’ biofuel ethanol, which not only reduces greenhouse gas emissions, but also allows politicians to tell us to keep on motoring.

Growing ‘just a bit of veg’ is much more powerful than it sounds, with benefits for mind, body and planet.

“I’d like to think that my efforts at feeding myself, however seemingly insignificant, might just help to touch the brake on climate change”

It’s hard to imagine rising food prices in the shops transforming the nation’s lawns into food-growing oases overnight, but our current trajectory as a species suggests it might not be such a bad idea. When we feed cars, there’s less grain available to feed the animals whose flesh and products some of us eat, or to make flour – so the price of food rises. Crops of vegetables and fruit are as susceptible to increasingly topsy-turvy extreme weather patterns, like those witnessed this June, as they are to human caprice; this summer strawberries lay rotting in polytunnels because seasonal migrant workers no longer wanted to pick them. It seems our desire to grow our own is set to take on an important economic dimension. I’d like to think that my efforts at feeding myself, however seemingly insignificant, might just help to touch the brake on climate change, to stop the weather getting too rattled. Squirrels permitting, I hope I’ll never fail to pick my strawberries.

The 18th-century political economist Robert Malthus predicted that, ‘The power of population is so superior to the power of the earth to provide subsistence for man, that premature death must in some shape or other visit the human race.’ His prediction was for the mid-19th century. Estimates show there could be 10 billion of us by 2050, roughly 50 per cent more than today.

With any luck, and with plenty of home-grown organic fruit and vegetables inside me over the next forty years, I might just see 2050. I can’t do much on my patch of earth to cool humanity’s fecundity, but in the meantime, by growing ‘just a bit of veg’ and so much more, I can try, in spite of even friendly derision, to live a little more lightly.