Forget Black Friday – Green is the New Black for Gardeners Who Want to Escape the Hype of Mass Consumerism and Make Every Day in Their Garden a Green, Earth-friendly One

Mortified by the annual spectacle of pushing and shoving that celebrates overconsumption on ‘Black Friday’, I headed home in search of a more sedate and decidedly green gardening Friday…

As someone who hasn’t owned a television for many, many moons, I find that the snatches I do catch on others’ sets often make for painful viewing – and I’m not just talking about the toe-curling goings-on of gardening shopping channels. Seductive as flashy do-it-all TVs are, there’s not much room for one here, and anyway, my living room window is filled with its own ‘channel’, which plays 24/7 and is free to watch and run. Nature’s rather good at season after season of all-round entertainment, while lambs gambolling around the field in spring give Benny Hill a run for his money. 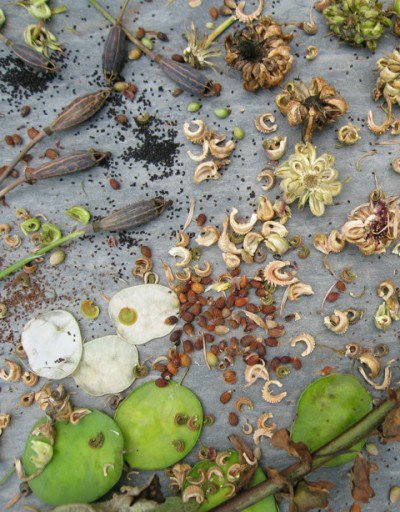 A green-tinged summer’s day had me collecting and increasing the spread of fuss-free self-seeding, insect-attracting flowers on my plot.

TV or not, it was hard to miss news reports of the frenzy which broke out a few weekends back, on so-called ‘Black Friday’. In the USA, Black Friday follows Thanksgiving, just as Boxing Day follows Christmas Day here, and it comes with the same sentiments: rush out, stuffed and materialism-weary as you may be, and spend, spend, spend even more. We’ve imported this darkest, grabbiest of days to the UK; I can’t have been the only one recoiling in horror at the fisticuffs breaking out over cut-price TVs and coffee makers. I’ve seen no signs (yet) of punch-ups over price-chopped poinsettias, or a crush over bargain basement Christmas trees, but you can bet there’s a mastermind at work, somewhere, dreaming up subliminal ways to appeal to gardeners’ dark sides. It didn’t take much for me to forsake Black Friday and hurry on home and out into my garden, in search of a greener one.

And what a green, earth-friendly and stress-free Friday it turned into. Part of it was spent – in the best sense of the word – raking up fallen leaves to turn into leaf mould. No queuing, no shoving, no stampede, just some rhythmic, meditative raking under blue November skies, followed by a gentle, blood-pulsing wheelbarrow-pushing workout. No one set about wresting my brimful builder bag from me, but why would they? The leaves were free and, to a gardener, priceless. Having managed to end Black Friday on a resolutely green note, it got me recalling other days from my gardening year which have sported a truly green sheen. 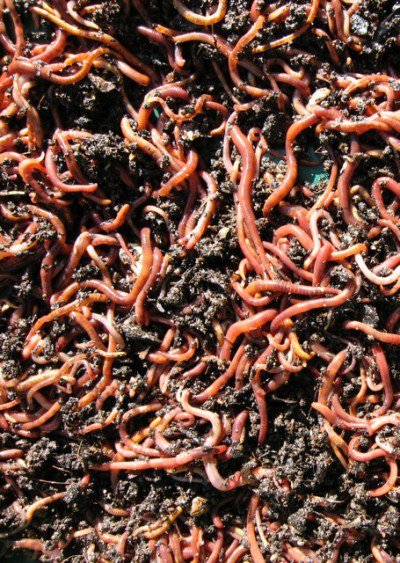 Compost worms turn and churn everything that goes into my ‘cool’ compost bins. Harvesting the result is perhaps the greenest day of my entire gardening year.

The first was a couple of months before that push-and-shove Friday. A sunny late September day had me busy collecting various seed-heads (calendula, borage, poached-egg plant) and scattering their contents around the garden. My soil’s pretty supercharged with self-seeding plants now, but there are still odd places where I’d like these insect-attracting flowers to get a roothold. Once you’ve set the ball rolling with self-seeders, it never stops; the toughest work is pulling up any unwanted plants which make sowing and planting awkward. The rest nuzzle in among my crops, drawing in bees and other pollinators, as well as useful insects such as hoverflies and solitary wasps, which keep pests in check, removing any need for pesticide panic.

One of my greenest spring days was marked by the emptying out of the ‘cool’ compost bins. These are simple, lidded, recycled plastic Dalek-style bins which I use to turn kitchen and household ‘waste’ into magical, landfill-sparing compost. The ‘turning’ isn’t done by me, but by fast-moving compost worms which eat and mine their way through just about anything, including threadbare cotton undies (only the elastic beats them). This transformation takes place slowly, over many months, accelerating in summer, then slowing in winter. I refine the lumpy dark crumble using a fine or medium sieve, and deploy the harvest either as part of my home-made peat-free potting mix (in a 50:50 blend with fine and crumbly aged leaf mould), or as rich soil food. Any non-rotting stuff is removed during sieving, any still-to-rot stuff goes into the bin next door. Emptying my cool bins yields such a useful all-round material, combined with such immense satisfaction, that it probably bags the prize for my greenest day of the year. 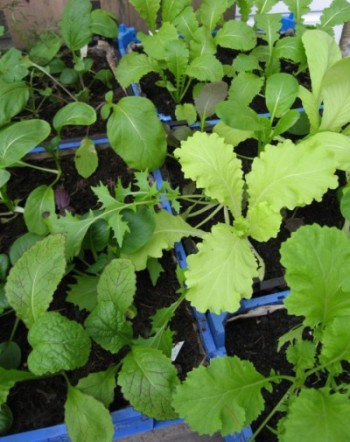 Green and tasty salad greens, grown in nature-friendly peat-free compost, tick over all winter in my unheated greenhouse.

Although sieving compost takes a goodly number of hours, one of my green days began with just a few ‘clicks’. In July I pre-ordered, online, a collection of ‘ecobulb’ tulips, grown biodynamically in the Netherlands, without the use of pesticides and weedkillers (which are used routinely in non-organic plant and bulb production). This was a bit of green buying that sent a powerful message to those growers pioneering more planet-friendly bulb cultivation: please grow more of them. Despite the brevity of its clicks, that green summer’s day will have a long, lasting reach. The tulips were potted up last month in a crumbly mix made with my compost harvest, and when they flower next spring their pollen and nectar will be completely free of the taint of polluting, man-made toxins.

Growing some of my own, untainted food always starts on a green day. As we sink into December, I’m still cutting a modest weekly handful of salad leaves, including familiar mizuna and less well-known but equally tasty ‘mispoona’. The green day which kicked these crops off was the last one in August, when they were sown in cell trays. They were then grown on before being planted into plastic mushroom trays (found at the back of shops) of peat-free compost, and placed in the best-lit part of my unheated greenhouse. Depending on the weather, harvesting will either tick over, if it stays mild, or grind to a halt during a big, compost-turns-solid freeze. But either way, by early spring, the trays will be overflowing with the greenest of fresh salad pickings.

Whether you’re out in the garden, on the allotment, or just pottering in your greenhouse, it’s actually hard not to be doing something that’s green. Mercifully, Black Friday, and all its grotesque hype, comes but once a year. Fridays, on the other hand, come unfailingly to our gardens and allotments every week, and jostling isn’t mandatory. It’s tempting to add more hype, and call for us all to go crazy every week on ‘Green Friday’ – but do we really need to bother, when we gardeners can be green every day?