Are gardeners really the ‘victims’ when hosepipe bans are announced – or are we just the unwitting pawns of a gardening industry running dry on ecological consciousness?

Victimised, threatened and dealt a cruel blow by a heartless world; it sure is tough out there if you’re a gardener (especially one growing food). Woe are we, especially when it comes to watering our patios, gardens and allotments. Our greatest tormentors, it seems, are those nasty, profit-glugging and leakage-prone water companies. When reservoirs begin drying up and river levels start falling, when fish start suffocating, and stream beds start to crack, they strike fear in our horticultural hearts by threatening to ban the use of hosepipes for watering plants.

Cue then a veritable flood of heartbreaking headlines; tales of how we gardening folk are being browbeaten, punished, treated unfairly and discriminated against. You can’t help but feel for us poor, beseiged gardeners, especially when reading, from the Horticultural Trades Association (HTA) – the UK’s main gardening industry body – of how we face being forced to ‘neglect and kill off valuable plants’ at the behest of water companies. Our fate, it seems, is to stand by and watch, our arms worn ragged beyond repair by the terrible, inhuman task of having to use watering cans to convey the life-giving stuff to our plants, as our crops shrivel in the cruel sun. Oh please, try pulling the other end of the emotional hosepipe; I don’t buy a word of it. 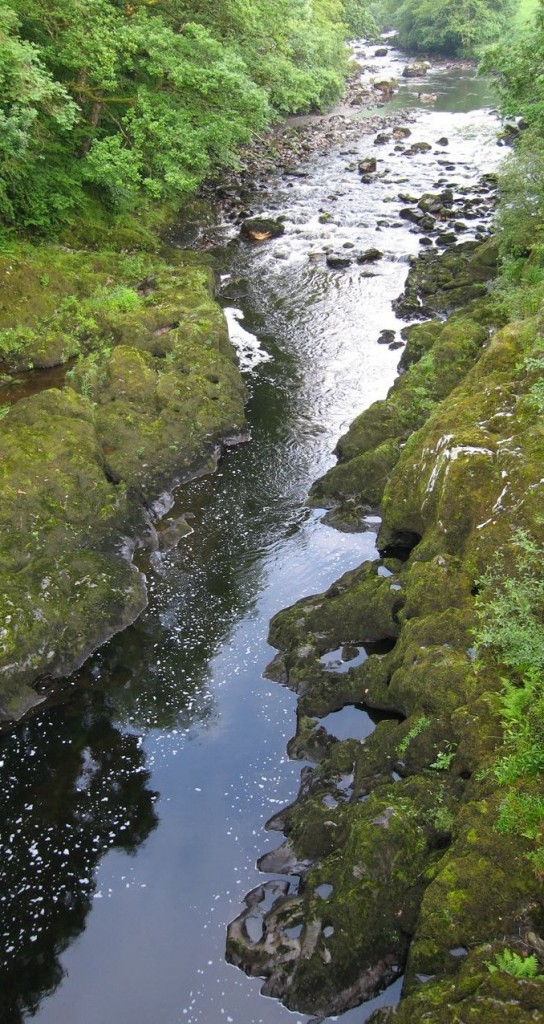 Superficially, there’s plenty of it about, but less than one per cent of the water on our planet is available to use, and it’s under mounting pressure.

It’s true that less than one per cent of all the fresh water on earth is readily available for human use (the rest is either seawater or frozen). It’s true that this year the UK has seen the second driest six-month period in 50 years. It’s true that finite supplies of fresh water are under increasing pressure from growing industrial, agricultural, horticultural and indeed domestic demand (which includes garden use). It’s true that some gardeners have not a clue how to revere water and use it wisely. It’s true that some folk flogging gardening products don’t have any understanding of the words ‘wise watering’ (one infernal press release I received, in the middle of the six-month dry spell, recommended a lawn sprinkler as an essential bit of ‘waterwise’ kit…). And it’s almost a cert that most of the population, gardeners or not, have little idea of where the stuff gushing from their taps comes from, or of the environmental price tag it carries.

But I fail to see any grounds for anointing gardeners with their current levels of victimhood. This is as much to do with a yawning knowledge gap among gardeners old and new, and a lazy, it-will-always-be-there mindset, as it is with our gardening industry, as usual, protecting its own vested and ecologically indifferent interests.

It’s true, too, that the prolonged dry spell earlier this year took many a gardener by surprise, myself included. One June evening stopped me in my tracks. I knew something was missing, but it was a shock to realise that it was the familiar glug of the small stream running below my garden which had fallen silent for the first time in the seven years I’ve walked alongside it (it was all the more astonishing because this is North Wales, and the stream is frequently transformed into a raging torrent). Predictably, things began to improve as this article went together; nothing opens the heavenly floodgates quite as effectively as writing about hosepipe bans… 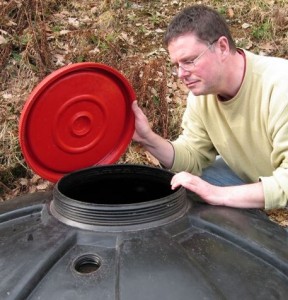 Although my disappearing stream took me by surprise, it didn’t have me instantly joining the HTA’s ranks of oppressed, water-starved gardeners; my 1500-litre (330-gallon) ex-orange juice water tank saw to that. When July’s downpours finally came, I was using water, mostly for the greenhouse, from a still half-full tank. It’s rather hard to feel victimised when you’re drowning in smugness – not to mention deep satisfaction – at having taken responsibility for meeting your garden’s water needs without having to turn on a mains tap.

Earth-friendly organic kitchen gardeners know all about water, and learn to respect it. We peer into the end of a hosepipe and understand what’s happening at the other end of the supply line. We know that extracting fresh water from rivers, streams and lakes has an impact on aquatic ecosystems, and that extracting water from underground aquifers can lower water tables and deplete supplies of ‘fossil water’. We know that building dams can drown natural habitats and, in some parts of the world, displace human communities, and that purifying and delivering water to our homes is an energy-intensive business.

But what we know and learn most of all is that there’s plenty you can do to break dependency on energy-intensive tap water, none of which is rocket science. Improving the moisture-retaining ability of our soil with organic matter, harvesting as much rainwater as we can and storing it in the biggest containers we can afford and find room for, mulching like mad, reducing container growing to essentials only, and only watering when it’s really necessary, are our ‘big five’.

“Hosepipe bans feed not so much on the fears of gardeners, as of those who manufacture and sell garden watering equipment”

Don’t expect to see or hear much from the HTA (or any other part of the gardening industry) on these biggies. I don’t recall a torrent of press releases during the recent six-month dry spell urging gardeners to invest in water butts and tanks so that they can reduce their reliance on tap water (probably because garden centres hadn’t stocked up on them for 2010, so there would be no sales to be made). Soil improvement, harvesting rainwater, mulches, fewer pots, tubs and baskets, and common-sense watering are not big sellers (and don’t keep you hooked on irrigation gadgetry).

The rub at the heart of this manufactured victimhood is this: most modern watering systems rely on mains tap water, especially its pressure, to operate. To fill a watering can, you place it under a water butt tap, fill it, then take it to the plants that need it. To water with an automatic system, you need not only a spaghetti-like system of pipes and tubing, non-return valves, filters, and probably a battery-powered timer, but it must also be connected to a mains tap. When a hosepipe ban is enacted, doing this becomes an offence (as does any garden watering using a hosepipe). No one would argue that if tap water must be used, then using a ‘precision’ watering system is a better choice than spraying tap water willy-nilly from the end of a hosepipe. 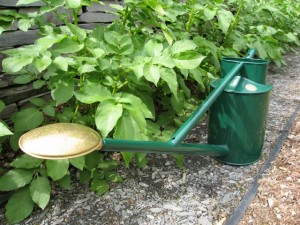 Watering wisely long ceased to be a simple affair. It seems we can’t even fill a watering can from a butt anymore, relying instead on energy-intensive tap water to get the job done.

Hosepipe bans feed not so much on the fears of gardeners, as of those who manufacture and sell garden watering equipment: that we might stop watering our plants so much, and look for far more eco-friendly, non-tap water ways to do it, is a very deep fear. The HTA talks about ‘confusion amongst consumers’, how ‘hosepipe bans deter people from planting and gardening’, how this ‘negatively impacts on garden centres… in times of drought’, and how, in 2006, it cost the industry £12m in lost sales.

As water supplies become more stretched, hosepipe bans will inevitably become more common; they’re something that all gardeners will need to adapt to. Central to that is using the ‘big five’ ways to make the most of the free and renewable rainwater that falls on our gardens and allotments. And the more we do that, the less likely it is that we’ll be co-opted as unwitting and convenient ‘victims’ whenever the rivers run low.