As gardening spin urges us to keep buying peat compost, science is telling us that the safest place for peat is in the ground.

“If you are concerned about green issues, sphagnum moss peat is a renewable resource and growing faster in the northern hemisphere than we are using it in compost.” This quote, from a national newspaper, is deceptively reassuring. But in less time than it takes to say ‘peat-free compost’, my earth-friendly alarm bells were a-ringing, and it set me on a journey not just into the deep, dark and fascinating world of peat bogs, but into a world of gardening spin populated by some dangerous delusions. 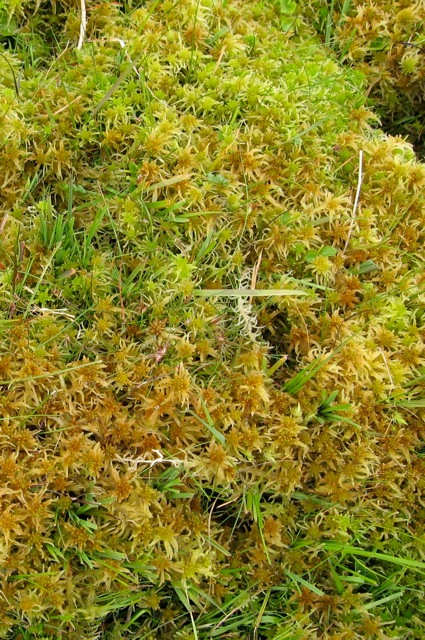 Sphagnum moss, when it dies and rots down in the waterlogged, airless conditions found in bogs, eventually becomes peat.

Sphagnum moss peat, which is what most peat composts are made from, comes from ‘lowland raised bogs’, of which only a fraction remain intact in the UK; the rest have succumbed to agriculture, development, and what amounts to the open-cast mining of their peat reserves. Peat, for sure, is wonderful stuff; it’s soft, fibrous and crumbly, smells divine, and most plants grow brilliantly in it. What else would you expect from a natural material that’s been thousands of years in the making?

But what you might not realise about peat bogs is that they play many different and vital roles. They’re unique, biodiversity-rich habitats; they help safeguard against flooding and keep our water pure; they’re an irreplaceable archaeological slice through millennia of human history; they tell us how our climate has altered over aeons; they form serene, stunning landscapes; and they help regulate the planetary life-support systems which make the thin, fragile layer we live in habitable. But things are changing, and fast.

Since we started using the ‘fossil’ fuels coal, oil and gas, we’ve been dumping carbon dioxide (CO2), the main greenhouse gas causing climate change, into the atmosphere in ever-increasing amounts. As we increase the CO2 concentration, it traps more heat energy from the sun – just like your greenhouse heats up until you open the vents.

Climate change is happening, and to slow it and prevent it worsening, we must urgently cut the amount of CO2 being released through human activities. That’s why the government recently launched an ‘Act on CO2’ campaign, asking gardeners to use peat-free composts to help reduce our ‘carbon footprints’ (all of Which? Gardening’s latest ‘best buy’ composts are peat-free). Every time we buy a bag of peat compost, we edge our climate closer to perilous change.

“Every time we buy and open a bag of peat compost, we edge our climate closer to perilous change”

Buying peat compost is ecologically reckless for a very straightforward reason. Peat is composed of the dead remains of mosses, usually sphagnum, and other plants. While these plants are growing, they absorb CO2 from the air, building it into their tissues. When they die, their remains don’t fully rot down in the acidic, waterlogged and airless bog conditions. Given thousands of years, and growing at a rate of 1mm (1/16in) a year, each successive layer of half-decayed, carbon-rich plant material can eventually produce peat deposits up to 12m (40ft) deep. Given a few hundred million years more, that same peat finally becomes coal, which is almost pure carbon. So peat is just ‘baby’ coal, and as such is a fossil fuel that has no place inside any plastic bag. Draining peat bogs and then digging up the peat exposes it to the air for the first time, where it decomposes, causing most of the carbon it contains to turn into CO2. In climate change terms, using peat is the equivalent of burning coal.

How does this relate to filling up your car boot with compost bags? Gardeners account for 70 per cent of UK peat use (commercial growers use the rest). Carbon expert Chris Goodall suggests that the production and use of a 60-litre bag of 100 per cent sphagnum peat compost could be responsible for releasing up to 50kg (110lb) of CO2 into the atmosphere. That’s 50kg (110lb) of CO2 that was, until the peat was dug up, safely locked away in our planet’s largest carbon stores; peat bogs, globally, hold around 550 billion metric tonnes of carbon. If a million gardeners each use just one bag of peat compost, that’s 50,000 metric tonnes of CO2; there are 10 to 20 million gardeners in the UK alone. You do the sums.

The government estimates that three million cubic metres (3.9 million cubic yards) of ancient peat are being ripped from our raised bogs each year, causing annual emissions of half a million metric tonnes of CO2. But that doesn’t include the fact that we import over 50 per cent of the peat we use in the UK, so we are effectively ‘exporting’ those CO2 emissions and the destruction which goes with them, adding growing ethical concerns to peat extraction’s already impressive charge sheet.

Industrial-scale peat harvesting in Ireland. The vast pale brown areas are already-drained peat bog being mined for use in gardening and commercial horticulture, and as fuel for power stations.

These dark, slumbering carbon giants are the most unsung of all our natural ‘defences’ against climate change, and we disturb them at our peril, but that’s exactly what we’re being urged to do by some gardening pundits. But why? Do they know something about peat extraction that the rest of us don’t? Or are they just so disconnected from nature that they’re prepared to callously brush it aside, and unquestioningly believe the misinformation being peddled by the global peat industry?

The number one myth peddled about peat is that it is a ‘renewable’ resource, but we know that fossil fuels aren’t renewable because they take so long to form – hundreds of millions of years. Yes, peat is still forming, just like coal, oil and gas are, but on an unimaginable timescale. Any natural resource is only renewable, and therefore sustainable in use, if it is being replenished at the same rate that it’s being used. Peat simply isn’t; it ‘grows’ at a centimetre (1/16in) a decade, and a thousand years’ worth of peat is 1m (39in) deep. Just because something is renewable doesn’t automatically mean it is being renewed.

Sleight of hand is also at work. Much is made of how denuded peat bogs can be ‘regenerated’. With effort, this can be done, by allowing water to soak back into any remaining peat and by ‘seeding’ mosses on to its surface. But it takes a decade or more to get going, and even then the bog doesn’t magically return to its former self. It takes thousands of years; we face climate chaos within decades. Imagining that ‘regenerated’ peat bogs can somehow capture and store the vast amounts of carbon released through their ruination is a dangerous delusion. Each bag of peat compost sold is responsible for releasing extra CO2, while destroying peat bogs to fill the bag actually diminishes an important means of capturing and ‘locking up’ atmospheric carbon. 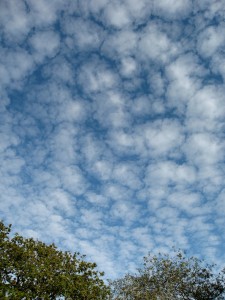 Unfortunately, the ‘greenhouse gas’ carbon dioxide (CO2) is colourless. If we could see it, perhaps we’d be less inclined to keep pumping it into the atmosphere every time we buy a bag of peat compost.

Claiming that peat is growing ‘faster than we are using it’ sounds attractive, but is entirely bogus in terms of UK peat production – that’s why ‘in the northern hemisphere’ slyly creeps in. If it were true, we’d be self-sufficient in peat, with no need to trash wild landscapes away from our own shores. In countries like Canada there are vast reserves of peat and, technically, it might well be growing faster than it’s being ripped up, but that argument rests on the premise ‘there’s plenty of it, so let’s use it’, which treats natural resources as being solely for human consumption. This fallacy comes crashing down, especially in climate terms, because peat is a non-renewable fossil fuel that’s unarguably releasing CO2 that was, until the machinery moved in, locked safely away.

All of this is gardening greenwash of a most dangerous kind. Keeping us hooked on peat means that we’ll continue, knowingly or otherwise, to play our part in a harmful cycle that’s damaging in many different ways. Peat has no place in responsible, prudent gardening, and it isn’t ‘green’ in any sense of the word. The best and safest place for it isn’t in plastic bags, but in the ground.

Did you enjoy this article? If you did, please consider making a donation to earth-friendly gardener. Even a modest amount (£3-£5) helps to meet the ongoing costs of running the site and allows new content to be added for all gardeners to benefit from. You can donate, safely and securely, here. Thank you.