Garden Organic’s plans to be co-opted by big business threaten to undermine the ecologically desirable tenets of thrift, frugality and prudence that organic gardening actually epitomizes.

Without knowing quite where it’s going, and with some misgivings, I recently parted with £28 of my hard-earned cash. The call-up for my twenty-eight quid was a subscription reminder from Garden Organic (GO), the UK’s national charity for organic growing, of which I have been a member for many years.

What caused me to waver were still-gnawing doubts following the announcement last autumn that GO is proposing, imminently, to enter into a commercial partnership with Webbs Garden Centres Ltd (WGC), whose HQ is at Droitwich in Worcestershire. My conundrum is that for the first time ever I’m not sure whether my £28 is potentially going toward ‘researching and promoting organic gardening, farming and food’, or helping boost the business interests of the ecologically indifferent gardening industry. 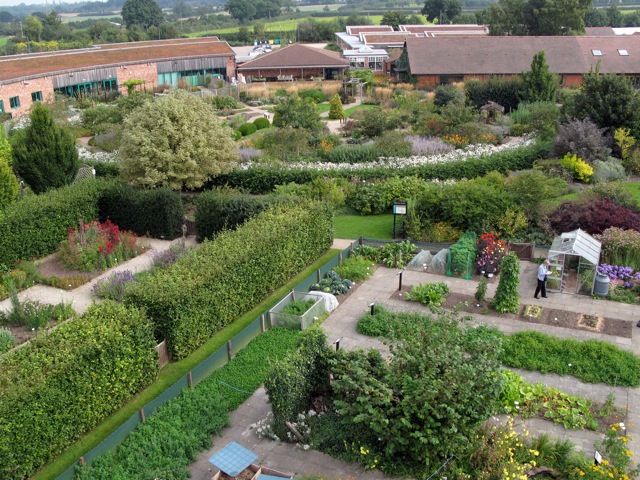 Garden Organic risks becoming yet another car-dependent ‘destination’ garden centre and is in danger of losing it’s respected organic voice.

The reason for this proposed partnership, in which WGC take over the running of the shop, cafe, restaurant and conference facilities at GO’s HQ at Ryton, near Coventry, seems to be, in a nutshell, that GO is in dire financial straits, and has been for some time, for a whole trugfull of interlocking reasons. A palpable sense of desperation was evident in the way news of the proposal was broken; the 30,000-plus GO members first heard of it via an announcement in the members-only section of the GO website, while everyone else had to wait until the story ‘broke’ in the horticultural trade press.

From the perspective of a GO member, the whole ‘announcement’ phase was a shambles, and you can still only read about the proposals if you access the members-only section of the GO website. There will probably still be members who don’t know what is being mooted, because no one saw fit to ask their opinion; no one saw fit to write to them, using ink, paper, and stamp, to even tell them about it. That’s not the way to engage with a loyal membership, some of whom have supported GO since it took its first steps.

Judging by some of the comments on GO’s online forum, this total lack of consultation has gone down extremely badly. There have been stampings of feet, threats of resignation and calls for Extraordinary General Meetings – along with a few comments supportive of the proposed partnership and suggesting that GO members put their trust in ‘the management’. All of this appears to have cut little ice with said management. There has been next to no online interaction with concerned members, apart from a hastily prepared ‘Q&A’ document, in which the originators got to choose both the questions and the answers (it was described by one member as a ‘disgraceful set of managed questions’). Of course, it should have been the members of GO who were asking the questions, not some unseen entity trying to quell a self-induced revolt.

One of the great things about the 21st century is the abundance of ways in which people can join together to discuss and debate matters of shared concern, whether they’re just around the corner or on the other side of the planet. Quite what stopped GO from being transparent and candid with its membership I don’t know, but I do know it would have involved relatively little effort to establish an online forum dedicated to the discussion of a departure that, if it goes ahead, could taint the credibility of organic gardening for a long time to come and do it irreparable harm.

Announcing the proposed deal, GO said that the move is designed to ‘enable as many people as possible to enjoy organic and climate-friendly gardening’, while WGC chipped in with ‘we understand that many customers would prefer to garden chemical-free, especially those new to the activity’. Well, here’s to that, but there’s so much more to climate-friendly organic gardening than just being ‘chemical-free’. It’s as much about adopting a philosophical, prudent approach to gardening as it is about not buying and using garden chemicals – or any of the other gardening paraphernalia that is relentlessly foisted upon us. 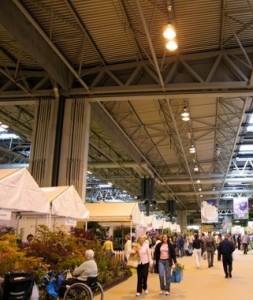 Gardening, especially organically, is something you do, rather than buy, but Garden Organic’s planned deal with a garden centre will send out the opposite signal.

There’s surely a painful rub on the cards when the organisation dedicated to researching and demonstrating organic practice at the back garden level jumps into bed with a profit-driven company whose raison d’etre is to flog as much stuff as possible; frugality will, I guarantee, not be writ large in WGC’s business plan. I find it hard to believe that no one within GO saw this particular bit of screeching discord coming, but dissenting voices are, perhaps, few. We organic gardeners are, by our very nature, a thrifty lot. We just don’t buy much ‘stuff’, because earth-friendly gardening inherently requires a minimal ‘take’ from our planet’s finite and rapidly depleting resources. Indeed, it gives plenty back to our embattled biosphere, and just by going about gardening organically we cultivate something inside ourselves, resulting in the flourishing of a greener state of mind.

GO will retain responsibility for their demonstration gardens at Ryton, and hope to ‘inspire and educate’ the increased number of visitors which it’s assumed will follow from the establishment of ‘Webbs Ryton Gardens’. I wonder just how far these unlikely bedfellows are prepared to go in ensuring that the surge in visitors to Ryton doesn’t lead to mushrooming carbon emissions from all the cars needed to get folk there. If you set yourself up as a visitor attraction, you need to shoulder at least some of the responsibility for the environmental impact of your fans – especially if you’re promoting the idea of ‘climate-friendly’ gardening.

But perhaps what’s most at risk of being lost is the very voice that GO can claim to speak with on matters organic – a voice of authority that’s still authentic and which carries clout. Once a line is crossed, and GO starts sending out the signal that organic gardening is just like all other gardening – something you increasingly buy rather than do – then its voice will grow weak and feeble. It will simply become part of a gardening industry that, despite what it might spout publicly, sputters disdain at the very mention of anything to do with ‘the environment’.

GO likes to present itself as a ‘campaigning’ body, but its efforts on that front have been lamentable in recent years, despite it being regularly pilloried by certain sections of the gardening media. If it signs this deal, GO is going to find the job of shining the light of sustainability on the wider gardening industry a whole heap harder; ideas of bottom-up ‘greening’, although admirable, will always be elusive pie in the profit-driven sky.

One of the guiding tenets in my own ‘earth- friendly’ garden is to try and create a flourishing, healthy plot by buying as little ‘stuff’ as I possibly can.

I can’t be the only one who’s stumped up their £28 in good faith, but with nagging doubts about whether GO can sustain their mandate to walk the organic gardening talk if creeping commercialisation takes root. Although this move has been puffed up as a ‘fabulous opportunity’ to somehow ‘green’ the gardening industry by association, and to make it more sustainable from the checkouts up, I believe that if the protagonists do the deal (it isn’t ‘done’ at the time of writing) then so very much risks being lost. It could turn out to be an act of sheer folly; one that could severely damage the potential of earth-friendly organic gardening to play a much greater part in the more balanced, less overconsuming, more planet-friendly lives that we must all start living soon.

The current trajectory looks, to me at least, like a desperate stumbling backwards, rather than a brave and creative leap forward in a fast-changing world.