The rush to turn food into fuel has triggered riots and unrest worldwide, but by tapping into ‘biofuels’ themselves, gardeners can help avert this potential environmental catastrophe.

It looks like a winner on several fronts: environmental, health, social. The ability to drive around in our cars without adding one jot to the fossil carbon emissions which are stoking climate change, and to simultaneously lose weight while at the wheel, sounds like some futuristic nirvana. But all is not quite as it seems. 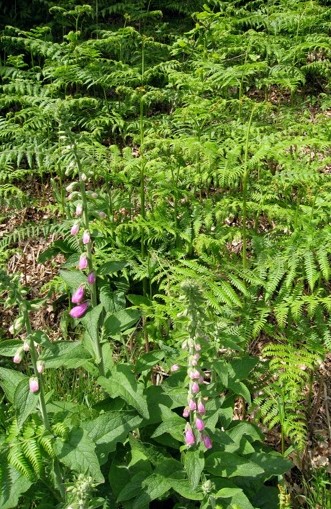 I harvest heaps of fresh, green bracken and turn it into the most renewable, sustainable and deep green of all biofuels – garden compost.

To drive around without releasing the ‘greenhouse gas’ carbon dioxide (CO2), you need to run your car on a ‘biofuel’, which can broadly be defined as ‘any fuel produced from renewable biological resources’. CO2 is still produced, but only as much is released when the fuel is burnt as was absorbed from the air by the plant when it was growing. Unlike fossil fuels, such as oil, coal and gas, which are essentially the fossilised remains of plants laid down many millions of years ago, biofuels are made from plants which may have been growing only weeks before they enter your fuel tank.

But here lies the biofuel rub: staple food crops, like wheat and maize (sweetcorn to you and me), are now being used to make biofuel. They are being used to feed cars instead of people. There is even a UK apple grower who has decided he can make more money by pulping and then fermenting perfectly good apples to produce methane gas to feed – you guessed it – cars.

What about that miraculous in-car weight loss? Well here’s the second part of the rub: when staple human foodstuffs are diverted away from the food chains they were intended for, supplies run low and prices go up. Financial speculation in grain crops like wheat and maize also causes price hikes. When people can no longer afford basic foodstuffs, they become hungry and restless, to the point where they protest over the price of food. And, naturally, they also tend to involuntarily shed a few pounds around their waistlines. 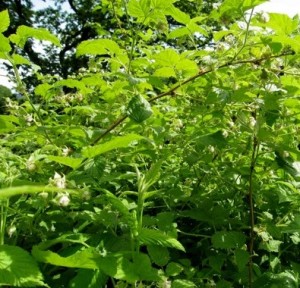 My unintended patch of wild raspberries was beseiged by the smaller species of bumblebees in search of biofuel, better known as nectar. By pollinating the flowers, they’ve also guaranteed me some tasty biofuel – the fruits.

Unfortunately, the casualties of this economic by-product of biofuel production tend to be the poorest, most stretched people on the planet, who find obtaining staple foods a challenge even when prices aren’t skyrocketing. Biofuels, according to a leaked World Bank report, have forced global food prices up by 75 per cent, pushing 100 million people worldwide below the poverty line. Many of those same people are already living with the effects of climate change.

The wheels are finally coming off the promise of these ‘green fuels’. The realisation is dawning that any gains from biofuels are cancelled out by the fossil fuel energy inputs (and CO2 emissions) required to manufacture the fertilisers needed to grow the crops. Biofuels are actually helping to drive climate change and world hunger.

Globally, biofuels are an environmental, health and social disaster – and that’s just why we earth-friendly organic gardeners need to start tapping into them, though not in order to make ‘carbon neutral’ car trips to the garden centre, or to ease our carbon consciences when mowing the lawn. What we need to do instead is find ways of making truly sustainable and renewable biofuels work for the health of our gardens and allotments – and of the planet we share. We might even, through a bit of organic gardening, start trimming our own overpadded Western waistlines.

Nature’s biofuels are at work every day in our gardens – this bumblebee is on the nectar trail among Welsh poppies (Meconopsis cambrica), one of the earliest flower ‘fuels’.

To fully appreciate the scope and versatility of garden biofuels, we need to think wider, while keeping in mind their broad definition as ‘any fuel produced from renewable biological resources’. How about Welsh poppies? I have bumblebees to thank for triggering my own lateral thinking on biofuels; watching them flit hurriedly from poppy to poppy, it dawned on me that here was a real example of entirely natural, renewable and sustainable biofuel in action.

Welsh poppies are among the first of the abundant, biofuel-rich flowers to open here in late spring, which is good news for hungry bumblebees and other insects. The biofuels being produced by the poppies are, of course, nectar and pollen. All I need do to ‘produce’ these biofuels is scatter seeds in likely nooks and crannies, then let these self-seeders do their own thing.

The frenzied activity in my impromptu patch of wild raspberries was down to the smaller species of bumblebee busily foraging the biofuel-rich raspberry blooms, pollinating them in the process and ensuring a good crop of fruits. This biofuel, in turn, will be sprinkled over my cereal, be added to crumbles, or simply be scoffed by the handful. Those delicious berries will be fuel for me – just as stinging nettles were earlier in the year. 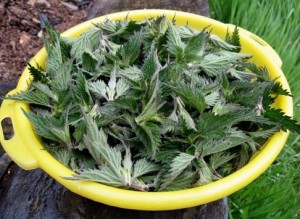 The nettle is one garden biofuel that seems to have it all. There are the new shoot tips, which make a simple, free and delicious soup. Young nettle shoots are also biofuel for sap-sucking greenfly (aphids), themselves a vital biofuel for ladybirds emerging from hibernation. Later, there’s the biofuel that nettles provide for the voracious caterpillars of, among others, small tortoiseshell and red admiral butterflies, which themselves become biofuel for insects which parasitise them. Nettle shoots submerged in a bucket of water become a nutrient-rich liquid biofuel plant food, and in summer cut nettles added as biofuel to compost heaps and bins help fire up the breakdown of organic matter.

Because nettles grow back again and again, however many times you cut them, and need no fertilisers made from fossil fuels (though they appreciate some pee), they’re a truly renewable resource, as is bracken, which I am also blessed with. I cut great mounds of the stuff each summer. It goes into my hot and steaming composts heaps, emerging a year or two later as dark, potash-rich biofuel, also known as compost. This free, home-made biofuel won’t have pushed up food prices around the world, won’t have driven the already hungry to the edge of starvation, won’t have further depleted finite natural resources, and won’t have stoked climate change. Quite the opposite, in fact.

One obvious way to ease the pressure on global food supplies is to get back to feeding people instead of cars, and calls for an urgent rethink on biofuel development are now being heeded. Another is to encourage the (organic) growing of much more of our food close to where it’s actually eaten – and no food is grown closer to where it is eaten than that which we grow ourselves. The more food we grow organically on a garden, district, regional and national scale, the better equipped and prepared we will become, as individuals, communities and a nation, to feed ourselves. To achieve that, we need to power up the soil in the most sustainable way possible, using the most renewable of all nature’s garden biofuels – compost.

As the dream of running cars on biofuels heads for the breaker’s yard, and as momentum gathers for a return to localised, organic food production, hungry mouths in distant lands can perhaps breathe a sigh of relief. If we all grow more of our food and eat in a way more attuned to the seasons, we won’t need to import so much food from afar, we won’t need to burn so much fossil fuel to get it here, and we won’t be hastening climate change.

By harnessing nature’s biofuels in our own back gardens, we might just help put the brakes on demand for man-made biofuels of the ecologically destructive kind.