Amid a media frenzy over excess packaging, garden centres seem oblivious to putting the stops on plastic – and they’re giving us their own waste to dispose of too.

It was one of those ‘parallel universe moments’ when, for a few fleeting seconds, I found myself gazing through a misty portal into another reality. In my hands I had a hydrangea and a begonia, both grown as pot plants. I was queuing at the frantic checkouts, still several people away from parting with my cash, when I was accosted with, “Would you like them wrapped?” “No,” I said, “they’ll be fine as they are,” drawing a look of amazement from my fragrant attendee. “Don’t you like our wrapping technique?” came the slightly bruised reply, as what seemed like miles of that ghastly crinkly wrapping flew off a roll in the background. “It’s not that,” I explained, trying for a pally, non-judgemental tone, “it’s the idea of all that plastic lying in landfill for a couple of hundred years that I don’t like.” Having spared my plants the crinkly horrors, I felt a wave of eco-discomfort ripple out along my queue in both directions. 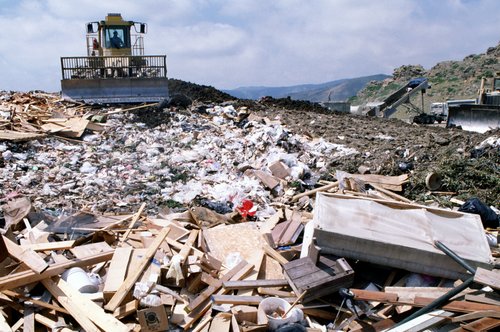 We seem to have become immune to any emotional response when we see a landfill site, even though much excessive gardening waste ultimately ends up being entombed there for centuries. Image: David Parsons/NERL

Then, with my organic gardener’s, ‘reduce, reuse, recycle and refuse’ head on, I watched to see if anyone else would bat the crinkly stuff away. Sadly, resistance was futile, as already-packaged plants became swaddled in more unnecessary wrappings. But worse was to come. Unprompted, a plastic carrier bag was ceremoniously rustled to the ready at the checkout. “I don’t need a bag, thanks,” I said in a pleading tone. “Would you like a tray?” as one magically appeared from under the counter. “No, I don’t want anything, thank you,” I said, no longer worried if I was bruising or not.

In fact I was quietly seething. Down the road, a carrier bag from the same establishment, snagged on a hawthorn hedge, flapped furiously in the wind. As the gifts I’d bought were duly handed over, I was casually informed that the ‘wrapathon’ I’d just witnessed had absolutely nothing to do with it being Mother’s Day. Apparently it happens every day in garden centres across the land.

What made this such a parallel universe moment was that it was set against an apparent society-wide backlash against packaging – be it food in supermarkets, Easter eggs, or almost anything else you care to mention. Media reports and newspapers are full of stories about how we are fighting back en masse against our over- packaged, over-wrapped and frankly over-the-top way of life. Recently, over 100 MPs signed an Early Day Motion expressing concern at excessive packaging. So why do garden centres seem to inhabit a different reality? Two reasons stand out.

“A carrier bag from the same establishment, snagged on a hawthorn hedge, flapped furiously in the wind”

The first is that on so many pressing environmental issues, including climate change, our gardening industry still has its head stuck in a bag of peat-based compost. Despite all the media brouhaha, we are still bombarded with wrappings, bags, trays and boxes whenever we enter the checkout zone, all justified by the tepid excuse of ‘customer demand’. The second is that we gardeners unwittingly act as very handy wheelie bins on legs when it comes to disposing of garden centre waste; if the garden centres can offload it on us, it saves them money (they have to pay for disposal). That’s why unwanted boxes and trays are piled up seductively at checkouts, and why the staff conjure them up like white rabbits from a hat. 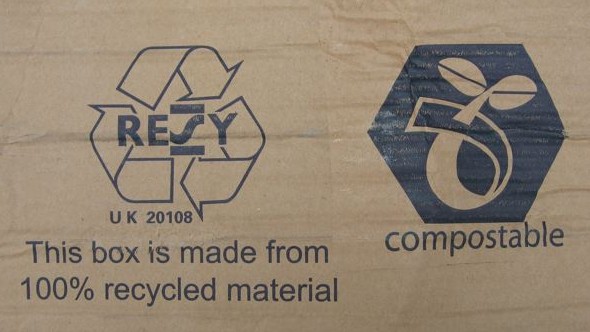 Cardboard packaging can actually build soil fertility in your garden: just wet it, scrunch it into loose balls, and add it to your compost bin.

You might think this is a good deal:  several metres of crinkly plastic, a clutch of plastic carrier bags, a plastic boot liner, a ‘free’ plastic tray to sit your pots in, or a cardboard box or two (cardboard’s the good guy – it composts). But what do you do with it all when you get home? Admittedly, recycling of materials like plastics has come on by leaps and bounds. But there is no guarantee that the plastic packaging being given out by your garden centre won’t eventually end up somewhere like China, where mountains of the West’s detritus get sent for out-of-sight, out-of-mind ‘recycling’. And let’s face facts; plastic is made from one basic substance – oil. If we cut packaging to the bare essentials, we help to stop draining the planet of its finite natural resources. Even shipping our waste plastic overseas burns (often filthy) fuel oil, a huge emitter of the greenhouse gases driving global warming.

And what about all those plastic cell and pot-carrying trays which are the mainstay of commercial plant production – like the one I refused on Mother’s Day? Most won’t even fit into my local plastics bank, unless I jump up and down on them first, and even then I’m not certain they are the ‘right’ type of plastic. The end result is that these freebies end up in skips, with not a chance of being recycled. It would be far better if garden centres got out of the waste distribution business, and got their recycling house in order.

“If we cut packaging to the bare essentials, we help to stop draining the planet of its finite natural resources”

We can do our bit too, and hit all of my four ‘R’s in the process. We can take our own (preferably non-plastic) bags and trays on the next garden centre visit, or better still, simply take the stuff to the car and unload it from trolley to boot: reduce. We can accept the undeniably useful trays and boxes, but then take them back on our next visit: reuse. When they finally give up the ghost, we can let the garden centre deal with them (along with other garden-related plastics such as compost bags and plant pots): recycle. 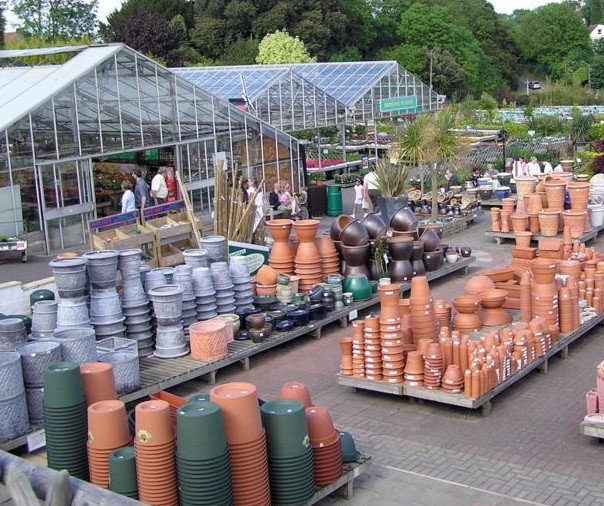 Browsing at a garden centre can be enjoyable enough, but my ‘landfill alert’ always kicks in when I approach the checkouts, and plastic bags start rustling…

The fourth ‘R’ – refuse – is an especially powerful one. When you refuse something, there’s usually a darn good reason, which can quickly and easily be explained – as per my line about crinkly wrapping in landfill. Try it next time you’re at your local garden centre and you hear the rustling of carrier bags as you approach the checkout with a trolley full of organically-grown plants. Nothing pricks up a garden centre manager’s ears like a customer telling them they are thinking twice about shopping there again, and explaining precisely why.

“The fourth ‘R’ – refuse – is an especially powerful one”

It doesn’t have to be this way. Love or loathe them, supermarkets reward customers for reusing bags, and most offer sturdy ‘bags for life’. Garden centres could do this without blinking, even extending it to ‘crates for life’, or they could offer collectable or home-delivered compost in returnable ‘builder bags’. We gardeners can always find a use for plant pots, but biodegradable ones already exist. And how about a tip sheet with every purchase, explaining how to compost cardboard? I buy seeds from firms which pack them loose in compostable paper packets, preferring to avoid foil wrappings. If we ask for them, the garden centres will stock them.

It’s up to us – you, me and every other gardener in the land – to persuade our garden centre industry to choose a deeper shade of green over its usual quick lick of greenwash. One of the simplest ways to start, as the checkout looms, is to just say no.

Did you like this? Share it:
Tweet
This entry was posted in climate change & global warming, energy use, environment, garden centres & gardening industry, nature & the natural world, overconsumption, packaging, plastic, pollution, published articles. Bookmark the permalink.