In an open letter to the president of the Royal Horticultural Society, I ask if 2007 will be the year that Britain’s leading gardening organisation finally wakes up to the realities of global warming.

How has your garden been these last few months? I imagine that, even up in Dumfriesshire, you’ve been wondering at times quite what the weather has been playing at. The warmest January since 1916 certainly had us gardeners pausing longer than usual as we gazed up to the heavens, though only hermits will be unaware of what’s behind January’s record-breaking temperatures. Yet as a gardener, I don’t need a legion of the world’s top climate change scientists to tell me that something’s up; my worms are doing a grand job.

I’m talking about the worms in my compost bin. It’s usually brimful around this time of year, and the worm equivalent of the Mary Celeste. They’ve normally shut up shop for the cold winter months – except that until the time of writing (the beginning of February 2007), cold was absent. So my brandlings worked on through one of the warmest autumn spells recorded, and then on into January. Consequently, my bin is only around half full, thanks to unseasonal vermicultural overtime. 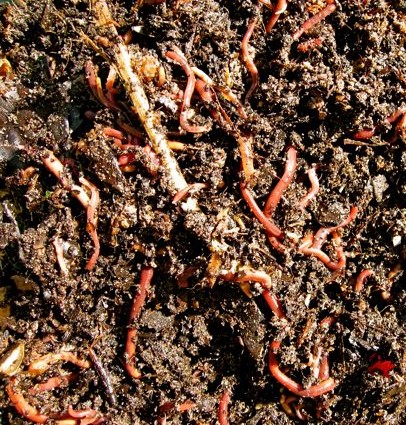 Amid record January temperatures, compost worms have been busy in my compost bin even in what’s supposed to be midwinter.

We both know that things like this shouldn’t really be happening, and while I’m not turning my nose up at an extra-early compost harvest, I am, along with other gardeners, growing increasingly concerned. But alongside that concern, I find an ever-strengthening resolve to not make matters any worse, and to do everything I can to put the brake on environmental meltdown. I feel oddly and deeply powerful. What I can do as an organic gardener is immense; my actions have a small but collectively positive effect on global ecosystems. Although stuff like switching off those blessed standby buttons is important, it pales in comparison with organic gardening.

I’m writing to you both as a fellow gardener and in your job as president of The Royal Horticultural Society (RHS). ‘The UK’s leading gardening charity dedicated to advancing horticulture and promoting good gardening’ has some 360,000 paid-up members, me included. The concerns I mentioned earlier come rushing back the moment I try to balance my RHS member’s hat on top of my organic one – it’s a bit like trying to stack square pots with round ones.

“As a gardener, I don’t need a legion of the world’s top climate change scientists to tell me something’s up”

A lot has been said about climate systems reaching a ‘tipping point’, spurred on by greenhouse gases. Well, I’ve just reached my own tipping point, after reading on the RHS website that in a few month’s time, the Chelsea Flower Show will feature yet another garden flown in from the far side of the planet – Australia to be precise. At least it’s not as bad as last year, when one came over from New Zealand too. With all the coverage of global warming since last year’s Chelsea, including much discussion of the serious damage done by aircraft emissions, I half hoped the RHS might have joined the mushrooming awareness of ‘green’ issues by announcing that it no longer considers that flying plants and materials from the other side of the world to be ecologically – or morally – sustainable. After all, damaging climate change is already a reality in some parts of the world, and it’s killing people. 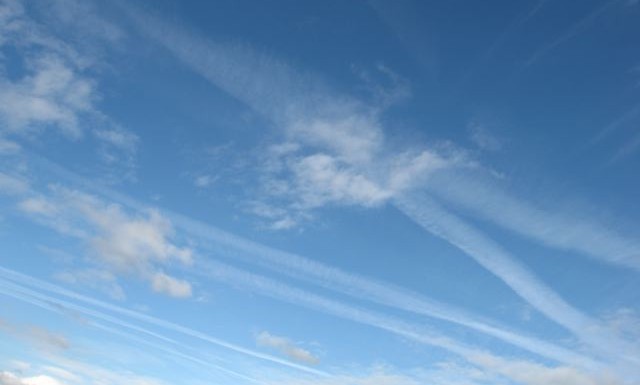 Isn’t there something slightly potty about flying in people and materials from the other side of the world to build a show garden whose lifespan is less than a week?

Looking on your website at the RHS’s five-year plan for 2006-2010, this aim leaps out: ‘To practice and promote environmental [sic] responsible horticulture and gardening,’ along with mention of the creation of ‘long-term environmental improvements.’ Would you agree that one way the RHS can promote such improvements, and show it is in tune with the times, is to end the potty idea of air-freighting gardens in from overseas, for a lifespan of a mere five days?

Our big national flower shows are an ecological conundrum. They consume vast amounts of energy in their build-up and breakdown and generate mountains of waste (I don’t need to tell you that Chelsea is like Skip City before it opens) – and that’s just putting the infrastructure together. When you start factoring in the catering waste generated by a major flower show (you only get real/reusable glasses in the posh bits), not to mention the local surge in vehicle pollution (stuck on the M6 trying to get into Tatton), it makes your toes curl. Upwards. Let’s face it, the huge ecological footprint stomped on the planet by Chelsea and its ilk is nowhere near justified by the handful of practical and realistic gardening ideas that a visitor might glean from a show.

Now I’m sure you’ve got the best brains in the RHS working on all this stuff, but I’d like to throw in a few suggestions of my own. Firstly, how about linking ticket price to the means of travelling to a show? Essentially, visitors arriving by public transport would pay considerably less (if they arrive by push bike, I’d let them in for free). You would therefore reward gardeners who left their cars at home and did their bit to reduce greenhouse gas emissions. You’d certainly earn greenie points with me. As for the vast amounts of electricity which have to be generated on site, and the vehicle fuel required, renewably-generated electricity, biodiesel and other ‘greener’ fuels are available. How about using them? – a great chance here to announce ‘RHS flower shows go green!’.

That’s energy and transport sorted, but what about all those skips overflowing with catering waste? If sandwiches really must come in triangular packs, can’t you insist that the packs are made of compostable corn starch? Marks & Spencer do it now. In fact, why not insist that the RHS show caterers use entirely recyclable/compostable materials and, to ice the cake, demand they source only organic and local ingredients? 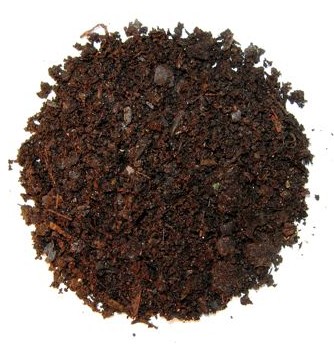 Why not insist that the caterers for the RHS shows use compostable packaging, so that show waste can be turned into rich garden compost like this made by my worms?

If you fancy deepest green, how about making the RHS shows ‘carbon neutral’? Yes, it’ll involve some number crunching to work out a show’s overall emissions of greenhouse gases, but just think how it will inform the way you put on these big shows in the future – if indeed they remain tenable in the long term. It might mean a hefty ticket price rise, but shouldn’t we be paying the true environmental cost?

You know, I think the idea of charging visitors according to their means of travel could also work a treat at your regional gardens. I visited Harlow Carr in Yorkshire last summer, but of course any non-member who travelled, like me, by train, bus and on foot, still paid the same entry fee as those arriving by car. This kind of incentive would surely boost visitor numbers and encourage improved public transport links (one bus a day linking Wisley with the local train station?), while the ecological footprints left by visitors to RHS gardens would become some of the lightest around. But why stop there? How about making all of the RHS gardens, indeed the entire organisation, carbon neutral? It’s quite a thought.

“Why not reward gardeners who leave their cars at home and do their bit to reduce greenhouse gas emissions?”

My worms are now well and truly in winter recess. This part of Snowdonia fell to -10°C the other night, so everything’s back to normal. At least for now. I hope my musings are helpful, and I look forward to getting some feedback on my ideas and to receiving your answers to my questions.

Until then, I wish you a successful gardening season, whatever climatic surprises it may bring us.